The American nationality Nate Watson is a 2022 NBA undrafted player playing college basketball in the National Basketball League (NBL) and Champions League for ERA Nymburk as a center. The American is one of the highly probable prospects of the upcoming 2023 NBA Draft.

Nate Watson, the Center for Nymburk, is the 2x Second-team All-Big test and Big Wast All-Freshman Team member. Not only that, but Nate has also represented USA basketball internationally. He clinched the bronze medal in the 2019 PAN America Games with the USA basketball team.

Who Is Nate Watson? Know Him Detailly

The basketball Center is a professional basketball player born on October 19, 1998, under a star sign Libra in Portsmouth, Virginia, USA. The rising player is just 24 years old. He was born under th family name Junathaen D "Nate" Watson Jr. He came into this world as the son of American parents Nate Watson and Christie Watson. Watson's family consists of seven members, including his two sisters, Lauri Watson and Kierra Watson, and brothers, Khari Watson and Jaden Watson. All the Watson members believe in and practice the Christian religion. 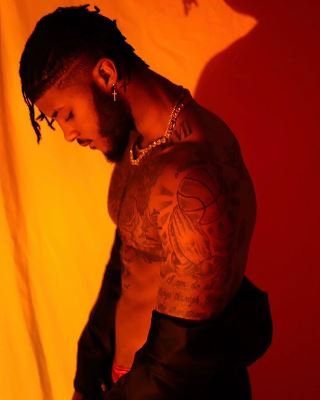 Nate belongs to the black ethnic community. Hence, he has a dark skin complexion. Also, he is a tattoo lover. He has inked in a large portion of his body which he flaunts on his Instagram account. Nate is a tall, muscular and robust basketball player peaking his height at 6 feet 10 inches or 2.08m. He weighs over 118 kg. Further description, Nate has long braided hair and black eyes.

Who Is Nate Watson's Girlfriend?

So far, Nate Watson's relationship status remains a mystery as he has not made anything transparent about it. Moreover, there is no hint of his past relationship. As a result, determining his love life is very challenging. Jumping to a conclusion without proof does not sound rational. Therefore, we might have to wait a little longer to know more about his private life. Additionally, his dedicated career nature also kept him away from dating too. We will update our tabloids on this matter as soon as it is available.

Nate Watson has been playing basketball since his high school days. For Highschool, he joined Churchkand and attended Providence for college. He represented Providence during his college. His basketball capabilities made him quite famous in his college. As a freshman, he registered an average of 6.8 points and 1.9 rebounds per game. 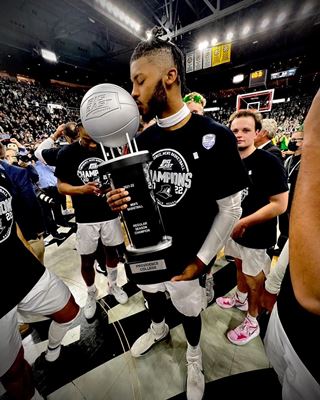 He was the crucial player on the team. For your information, after his college, the American international was trying for the NBA, but unfortunately, he remained undrafted in the 2022 NBA Draft. After being undrafted, Nate signed an agreement with NBL team ERA Nymburk on August 3, 2022. Since then, he has been competing in the NBL.

Internationally, Nate also represented the USA Basketball team in the 2019 PAN American Games, where he had an essential role in capping the Bronze medal for the team in Peru.

Nate's Net Worth And Salary Per Season

Accroding to the sources, their estimated net worth of Nate is $3 Million. He is still young and a probable candidate for the upcoming NBA, so he has yet to make millions. His actual pay with the team is currently unavailable; however, as stated online, a player in the NBL gets their pay between $13,000 to $5,00,000 per season. As he is a vital player, his pay figure must be higher than other average players in the league.

Observing him online, he resides in a lavish lifestyle. He is enjoying his current life with his career earnings. He still has more than to make into the NBA. If he gets into the NBA, he will earn millions of wages.