The power forwarder of WNBA Natasha Howard is the player who seems to be in public eyes because of her personal life not for her professional life, though she had played for many best teams of WNBA where she got praise for her unique skills and tactics to secure winning side of her team but nowadays she is going through some hard time with her personal issues.

Born on September 2, 1991, in a place called Toledo, Ohio. She finished her high school from Morrison R. Waite High School is a public high school located in east Toledo, Ohio. It was the 2014 WNBA draft where she started to play professionally from Indiana Fever.

Natasha Howard is earning quite a tremendous amount of wealth in the WNBA scene. She had a good career year which is why in 2019 her paycheck got a bit increased. Her estimated net worth is $900 thousand. 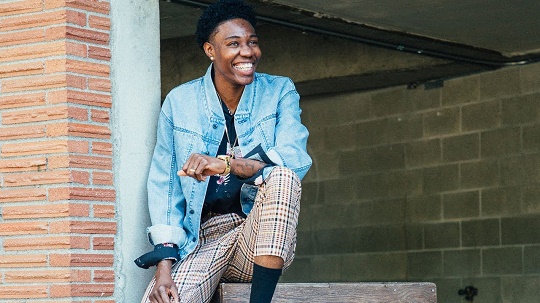 Natasha having a photoshoot on fancy dress SOURCE: primetimesport.com

Although she is surrounded by controversy Natasha Howard tried hard to hide her actual wealth and she often appears very normally in public place.

Famous WNBA player who has a successful professional life till this date is Lesbian and media always call her Seatle Lesbian. Sho got married in 2017 to Jacqueline Howard.

Jacqueline Howard is her wife and it seems that both the married couple do not have a good time or good relationship after getting married because both of them are accusing each other about physical and mental abuse.

Natasha Howard has filed for divorce and was granted a restraining order against Jacqueline, according to the Seattle Times.

Natasha Howard was in a WNBA draft and was selected by an Indiana Fever where she scored 21 and 16 points in her first two games. She played for Indiana Fever till 2015 and following the same year she also appeared in Elitzur Ramla. In 2015 she started to play with Yakin Dong and remained in Yakin Dong till 2016.

Between 2016 and 2017 she joined Minnesota Lynx and during her first season with the Lynx, Howard was part of the post-rotation that included Sylvia Fowles, Rebekkah Brunson, and Janel McCarville. She became a key contributor off the bench for the Lynx the entire season.

Samsung Life Blue Minx made deal with Natasha and she played there till 2017. After that, she has appeared in a couple of seasons wearing Seatle Strom and she is also played for Xinjiang Tian Shan Magic Deer which is a Chinese professional women's basketball club.