Three times gold medalist of the IIHF World Women's Championships, Natalie Darwitz is a former American professional ice-hockey player. Additionally, she represented the national team of the United States, winning many titles including three IIHF World Women's Championships, two Olympic silver medals, and one bronze medal. Further, Natalie also served as a captain of the Women's ice hockey team of the States for many years, starting from the 2007-08 season.

The mother of two, Natalie, was born on October 13, 1983, in Saint Paul, Minnesota, the U.S. Moreover, Darwitz's birth details suggest that she is a American native and belongs to the ethnic group of white. Likewise, Natalie was born as a daughter of Scott and Nancy under the influence of the zodiac sign, Libra.

Starting a career from 1998, Natalie has amassed a mouth-watering net worth over $2 million, which solely generated from her professional career.

Currently, she is working as a head coach of the Hamline University Women's hockey team, earning a significant amount of money as a salary. Mainly, the college-level coaches in the United States are reported to earn in between $30,000-$40,000 on average.

On the other hand, It is estimated that NWHL players in the United States will receive an average per season salary of $15,000. Nevertheless, depending on the players, the reported salary can vary between $15,000 to $25,000.

The 5 feet, 3 inches tall athlete, Natalie is a married woman. Currently, she is in a romantic marital relationship with her husband, Chris Arseneau. Reportedly, the duo started dating since 2006. Furthermore, after dating for seven years, the love-bird walked down the aisle in August of 2013.

Together with her husband, Darwitz shares two adorable sons, Joseph, and Zachary. Their eldest son Joseph was born on July 7, 2015, and the youngest son, Zachary was born somewhere around late 2017. Besides, the family is also parenting a adorable dog named Oakley. 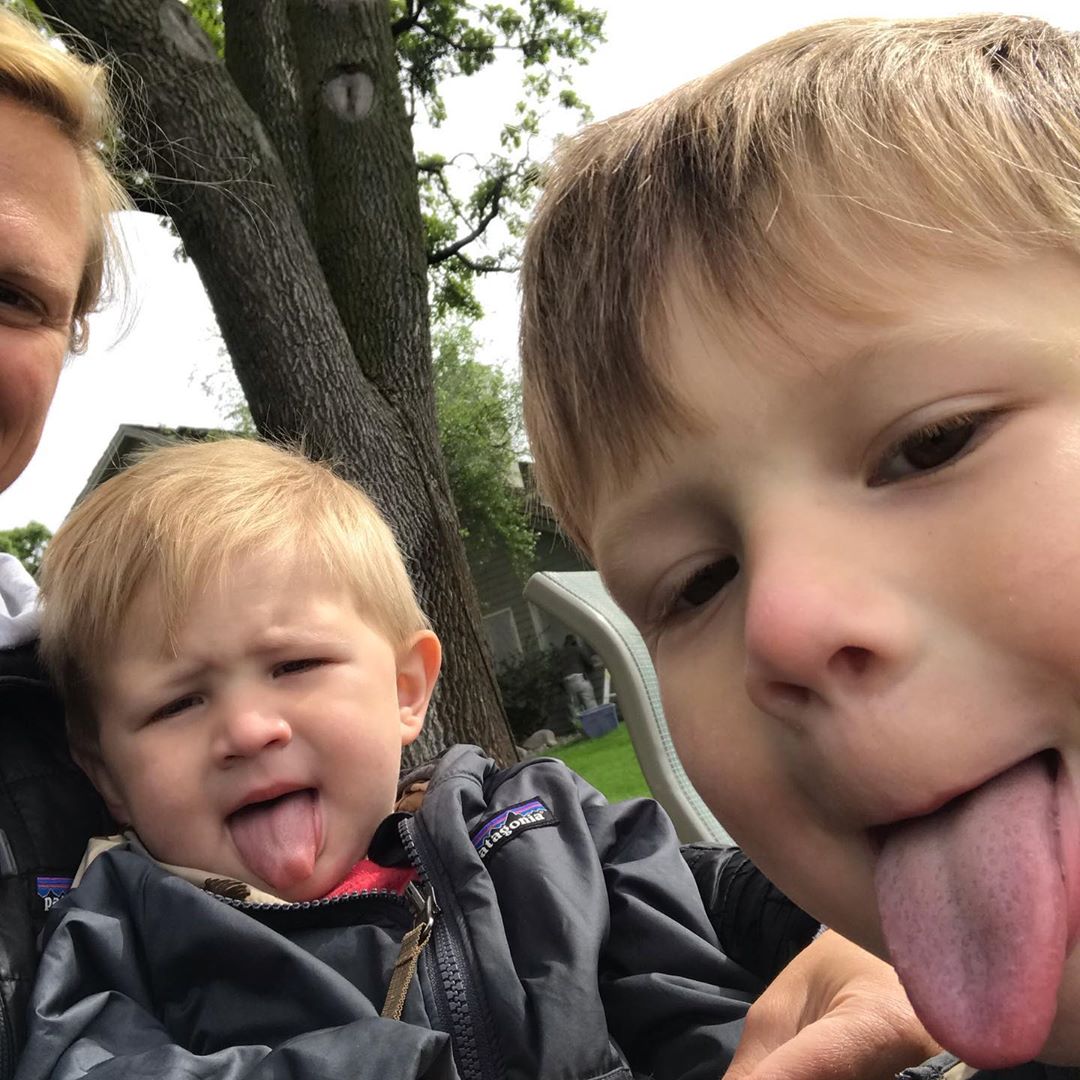 During her free time, Natalie enjoys boating in the lakes of her native Minnesota. Apart from that, she also likes surfing with her husband, Chris, in southern California and Mexico. Besides, Natalie currently resides in the Apple Valley with her husband and children.

Experiencing her first skating since the age of five, Natalie has produced the greatest time in the history of the Women's national team of the United States. In particular, she has an exceptional record of three World Championships, two Olympic silver medals, and one bronze medal in Women's ice hockey of the United States.

As a professional player, Darwitz played for the Minnesota Golden Gophers in NCAA. During her playing days, she was honored with the Most Outstanding Player of the NCAA Women's Ice Hockey Championship Frozen Four and was also named US Women's Player of the Year.

As of 2019, Natalie is working as a head coach of the Hamline University Women's hockey team. In her entire career, she played along with famous players such as Molly Schaus, Caitlin Cahow, Erika Lawler, Karen Thatcher, and many more.