Riyadh native Nasser Al-Dawsari is a football player who plays for Al Hilal. His main position is a midfielder, and he wears jersey number 16. Since signing a contract with Al-Hilal Saudi FC on July 1, 2018, Al-Dawsari has been playing actively. He has made various appearances representing the team of Al Hilal, and his most recent match was against Al-Faisaly in Saudi Professional League.

Moreover, Al-Dawsari is a private person, and he has not shared any information about his family background. So, it is pretty uneasy to talk about his father and mother. Not only that, but we are unknown whether he has siblings or not.

Beginning with his career at the club, Al-Dawsari played Al Hilal in his early career, and after signing a contract on July 1, 2018, he has already made over 50 appearances and at the time of this post, he has scored one goal. 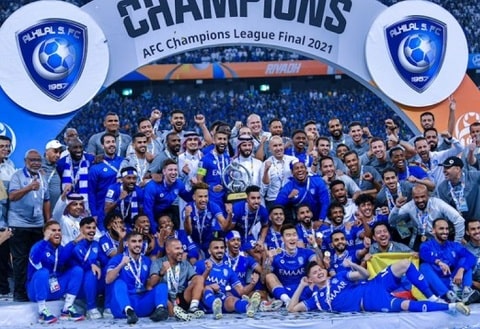 Moreover, Al-Dawsari took over the internet when he scored the fastest goal ever in the AFC Champions League on November 23, 2021. He scored a goal just after 16 seconds of the game start, and the match was against Pohang Steelers, in which the Al Hilal team won it.

Similarly, he has played in the Arab Club Champions Cup. In addition to that, he made seven appearances in the Arab Club Champions Cup and one appearance in Saudi Super Cup. Also, Al-Dawsari got a chance to showcase his skill in Saudi Super Cup. According to Transfermrkt, his contract with his current club expires on June 30, 2023.

Al-Dawsari is a prominent football player whose salary from the current team may be pretty impressive, but due to the lack of information, none of the verified sources are able to fetch the details. 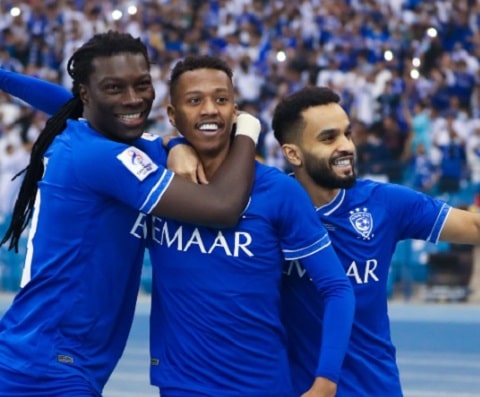 Meanwhile, Transfermrkt reports that Al-Dawsari's market value is €350Th. His highest transfer rate was €400Th on September 11, 2020. It is believed that his income will rise in the future as Al-Dawsari has been playing actively for a long time, and he has also made a great contribution to his team winning some championships.

In Saudi Arabia, a person whose profession is a footballer has an average salary of $24333.28 per year. And they may earn around $11.71 per hour. So, from his current club, Al-Dawsari may make in the same range. Concluding the fact, his net worth is decent. However, the actual fortune can't is mentioned due to the unavailability of data.

Does Al-Dawsari Have A Girlfriend?

Well, the Saudi footballer may have someone in his heart, but he has not opened up about his love life yet. So, it can't be said whether he is single or dating someone. As Al-Dawsari has kept himself far from the public domain, many portals have said that he is leading a single life.

So, it is believed that Al-Dawsari is enjoying a solitary life and he is also focused on his career at the moment. Till now, the midfielder is not engaged in any type of rumors in the past about relationships. As we talked about earlier, Al-Dawsari is a very private person, and he has not given any peek into his personal life, which makes it pretty difficult to know about his family and love affair.

Nasser Al-Dawsari is a person who falls in the category of those who prefers to keep themself far from media prominence. In the same way, Al-Dawsari has kept his life away from us, and we can't find his official account on Instagram.

Not only that, he is not active on any other social media platforms. Besides, we can get some updates on his professional life by exploring some verified websites that give details about his stats and more.

Some Facts About Al-Dawsari

You may uncover a broad range of sports news, buzz, and love matters about players and celebs on Playerswiki.