Nanna Koerstz Madsen was born on October 23, 1994, in Smorum, Denmark. She is yet to utter a single word about her parents. Nanna is very secretive in terms of her personal life. After graduating from High School, Koerstz enrolled at the University of South Carolina. Talking about her physical appearance, Madsen stands five feet and seven inches tall and weighs 65 kg.

Nanna Koerstz has an estimated net worth of more than $1 Million. A golf player earns as per the score they have at the end of the series. They do not need to return empty-handed. Also, Nanna must be making a handsome amount through her sponsorship deal with Adidas, Jet Advice, and a few more. Madsen played in the Symetra Tour for a season and took home $93,115 as her prize money. 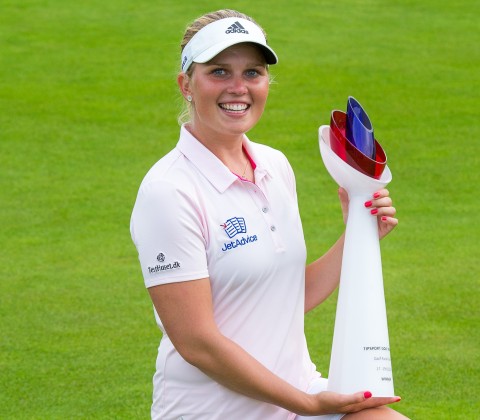 Nanna shares a photo with LET title SOURCE: Inside Golf.

Nanna earned $91,424 playing in her rookie year at the LPGA events. In the 2019 season, The Dutch player peaked her career earnings with $552.072 playing in twenty-five games and making cuts in twenty games. Madsen recorded two top-10 finishes and tied her career-highest finish of second at the Indy Women in Tech Championship. In 2020, She made $162,108 playing in twelve events.

Totaling her prize money from the LPGA events, it sums to $1,116,541. Nanna is very much early in her career and shall be making millions in the future.

Who is Nanna Koerstz Madsen Dating? Know About Her Boyfriend and Relationship Status

Nanna is involved in a romantic relationship with her longtime girlfriend, Nicki Hansen. The love birds have been dating each other for more than four years. They have not shared a word about their first meeting experience. Nicki is also a former golf player and currently works as a Golf Coach. 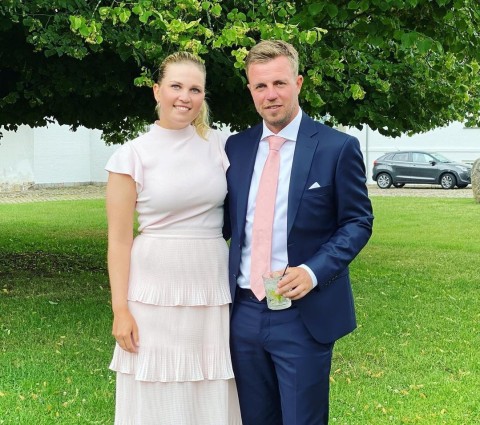 Both of them are active social media users and keep sharing numerous photos on each other's timelines. They are waiting for the right time to exchange their wedding vows.

Nanna started playing golf from a very early age with her grandfather. Her family is her biggest supporter. Madsen won her first amateur title in 2009 Danish Junior Ladies. She defended her title the following year. In 2012, The Danish player won the DGU Elite Tour Damer II. The next year, Madsen won the 2013 A6 Ladies Open as an amateur.

NAnna played golf for the University of South Carolina and won a tournament. Madsen turned professional in 2015 and played in the Symetra Tour. She won the 2016 Tipsport Golf Masters at the Ladies European Tour. Madsen finished at the T3 position in the 2021 ANA Inspiration right behind Patty Tavatanakit and Lydia Ko.