Mariah Stackhouse is a rising American professional golfer. She has been playing on the LPGA tour since 2017. Mariah is the youngest African American woman to earn a spot in the field at the U.S. Open. Stackhouse is yet to win a major title in her professional career.

Mariah Stackhouse was born on March 4, 1994, in Charlotte, North Carolina. Mariah is among the two children born to Sharon Stackhouse and her husband, Ken Stackhouse. She has a younger brother named John and two step-siblings. Her father is a hospital administrator, and her mother is formerly a partner in an architectural firm. After graduating from North Clayton High School, Mariah enrolled at Stanford University. Stackhouse stands five feet and six inches tall and weighs 60 kg.

Mariah Stackhouse has an estimated net worth of more than $300,000. She has accumulated most of her net worth through her successful career as a golf player. It's been just three years of her professional career, and she is ranked among the top prospects. A golf player does not need to win an event to earn money. They are paid based on their score at the end of the events. Also, Mariah must be making a handsome amount through her sponsorship deals with KMPG, puresilkshave, and pxg. 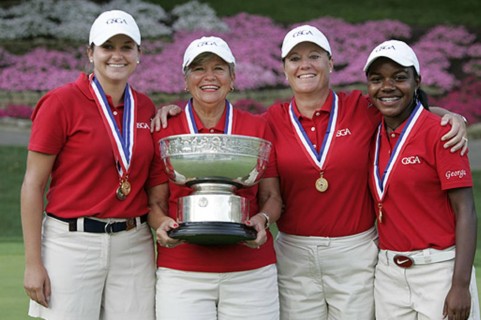 Mariah earned $81,000 in her rookie year from fifteen events when she made cuts in seven games. In 2018, Stackhouse took home $273 260 when she played in fifteen events and made cuts in twenty games. In 2019, Stackhouse made $127,365 from twenty events. She has played in the Symetra Tour and has earned $15,628 from her career. Totaling her career earning from golf, it sums to $583,261. Mariah is very much early in her career and shall be making millions in the days to come.

Mariah is an active social media user. Her timeline with 10.2k followers is filled with photos of her family and her games. Mariah is believed to be single as of 2021. She is very much early in her career and must be focusing on her career rather than spending time with people.

Mariah started playing golf from a very early age. She played in her first tournament at age six and tied for first. Stackhouse was elected class president two years in a row. Stackhouse got numerous offers from universities and chose to play for Stanford University. In 2015, The player finished 6th in the individual competition and led her team to the 2015 NCAA Division I Championship.

Mariah turned professional right after graduating from her University. She made her professional debt t in the Portland Classic in June 2016 and became the seventh African American woman to earn an LPGA Tour card. In 2018, Stackhouse finished in 7th place in Shoprite LPGA Classic, her best showing at that point in her professional career. She is yet to play in major tournaments.