Nail Umyarov is a skilled soccer player from Russia who now plays for the Russian football club FC Spartak Moscow and the Russian national team. He plays as the defensive midfielder and wears the Number 18 Jersey for Spartak Moscow club.

Nail Umyarov’s Personal Information | Who are his parents?

Nail Renadovich Umayrov, known as Nail Umyarov was born on June 27, 2000, in Syzran, Russia. According to astrologers, Nail’s zodiac sign is Virgo. According to the sources, Nail is of Tatar descent. 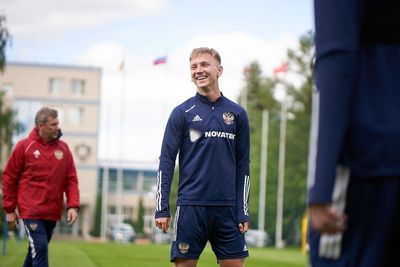 Umyarov is originally from the Volga-Ural region of Russia. Tatars are the Turkic ethnic group. Tatars are the second-largest ethnic group after Russians in Russia. So, his parents and forefathers are from Tatars groups. And their name is not revealed so about his siblings.

What is the height and weight of Nail U?

Nail’s weight is around 79 kg, and he has short blonde hair and small brown eyes.

Net Worth and Salary of Nail

The Spartak Moscow’s defensive midfielder Nail’s net worth in the season 2022 is expected to be $3 million approximately. His primary source of money is generated from playing soccer. Nail is one of the skilled and richest players of FC Spartak Moscow. As per sources, his yearly salary in 2022 is 520,000 euros. And he earns 10,000 euros per week. 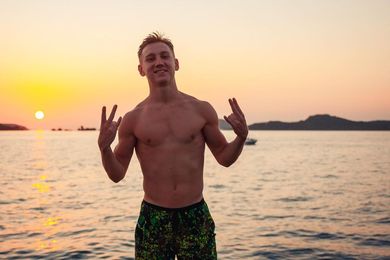 The highest-paid Spartak Moscow player is Ilja Kutepov, who earns 2,028,000 euros per year. He is followed by forwarder Ouincy Promes and Roman Zobin, who earns £2,028,000 and £1,976,000 per year. As per transfermarkt, Nail’s market value in 2022 is €4M. 4M euro is Nail’s highest market value till now. He also earns a good amount of money from the Nike sports endorsement.

Nail Umyarov is an open and extroverted athelete. He loves to share his personal information with his fans and followers. A twenty-one-year-old young talented football player is married to a beautiful Russian lady. 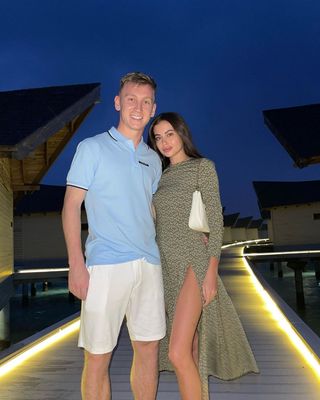 Nail Umyarov is married to 24 years old Alina Umyarova. Alina has her own business named the Umyarova brand. She sells beautiful clothes and outfits. So, as of 2022, Nail Umyarov is a married athlete.

Read: How much does Nahitan Nandez earn? (Net worth and Bio)

On August 3, 2017, Umyarov made his Russian Professional Football League debut for Chertanovo Moscow against Dynamo-2 Saint Petersburg. FC Spartak Moscow confirmed that Umyarov had signed a contract with the club on January 8, 2019.

On March 17, 2019, he earned his Russian Premier League start for Spartak Moscow vs. FC Zenit Saint Petersburg. He renewed his contract with Spartak through the conclusion of the 2025–26 season on October 27, 2021.