Nahitan Nandez is a professional football player from Uruguay who currently plays in the top-tier Italian league known as Serie A. He plays in the right-midfield position for football club Cagliari Calcio, where he joined in 2019. He wears shirt Number 18 for his team Cagliari.

Nandez also plays from left midfield and center-mid position beside right-midfield position. Playing for the club Boca Juniors, he won an Argentine Primera Division 2017/18 season and Supercopa Argentina 2018 season. He also won the Uruguayan Primera Division 2015/16 season. Nandez also plays from the Uruguayan national team. He has earned 49 international caps till now for his country. 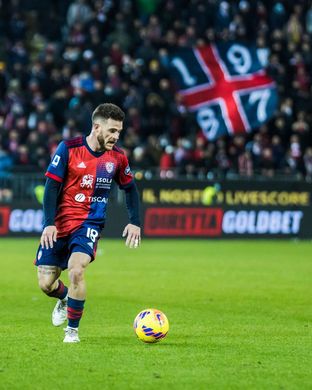 The names of Nandez's father and mother are yet to be revealed. Nandez has never spoken publicly about his parents or acknowledged them on social media. He also does not refer to his siblings or what they do for a living.

Nández is a Pearol youth representative who was born in Punta del Este. In a 0–2 away win against Danubio on March 1, 2014, he made his professional team debut in an Uruguayan Primera División game, replacing Antonio Pacheco D'Agosti at 57 minutes. 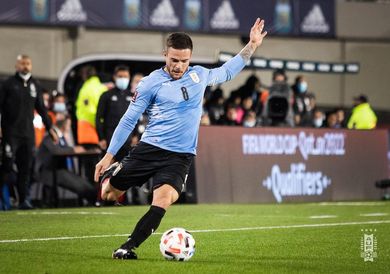 On August 23, 2017, Nández signed a four-year contract with Boca Juniors in Argentina, with the club investing US$4 million for 60percent of his economic rights.

He weighs around 69 kg and has short blonde hair and slightly brown eyes.

What is the salary for Nandez at Cagliari?

The net worth of Cagliari midfielder is estimated to be $4M approximately. His principal source of income comes from his professional football career with various teams. His net worth comprises his cars, residences, and other possessions. 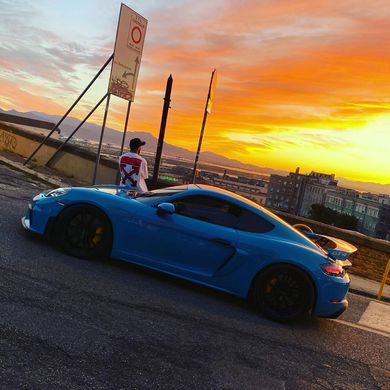 As per transfermarkt, his market value in March of 2022 was 15M pounds. His contract with Cagliari Calcio will end on June 30, 2024.

Nahitan Nandez, a Cagliari Calcio midfielder, is a quiet individual who seldom speaks about his personal life in public. 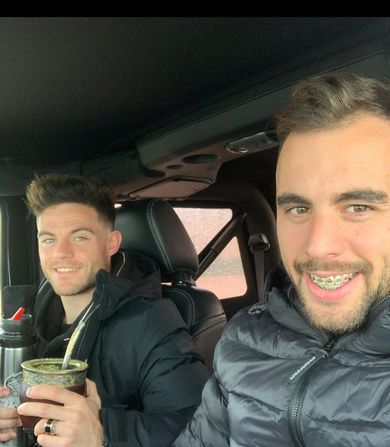 Nandez hasn't posted any images of himself with ladies on Instagram. As a result, in 2022, he must be single and not date anybody. He hasn't ever been married or engaged.

He has over 1 million Instagram followers under the handle @nahitannandez25.