If You love watching NBA then, Mychal Thompson must not be a new name. Mychal is a well-known former basketball player. He is a two-times NBA Champion and a former co-hosts on the new show "Thompson & Trudell." Mychal played at the NBA for more than twelve seasons. Mychal's children have been ranked among the top NBA players.

Mychal Thompson was born Mychal George Thompson on January 30, 1955, in Nassau, Bahamas. He seems to be the only child born to his parents. Mychal rose to fame only after his successful career with the NBA, so there is not much information about his parents and early life. Thompson mode to the States while he was a teenager and eventually enrolling at the University of Minnesota.

How Rich is Mychal Thompson? 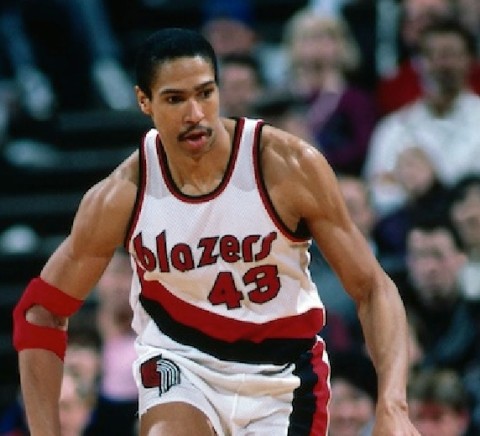 Although Mychal started playing in the NBA in the late 1970s, there is only about his contracts with the Lakers in the 1990/92 season. In his two years with the Lakers, He took home close to $2.5 Million.

Mychal's son, Klay Thompson, has a net worth of close to $40 Million. He has been playing for the Golden State Warriors and is already two times NBA Champion. He has a salary of more than $18 Million. In 2015, He bought a lavish home in the Capo Beach area of Dana Point. for $2.2 Million. His other son, Trayce Nikolas Thompson, is a baseball who played in the MLB for Chicago White Sox.

Mychal's marriage is among the longest marriage among the former NBA players. Mychal tied his wedding knot with his longtime girlfriend, Julie. The duo walked down their wedding aisle in 1987. From this happy marriage, Mychal is the proud father of three sons, Mychel, Klay, and Trayce. Mychal has become successful in keeping his personal life away from the reach of the media.

Mychal played basketball in his High School. His team won the Class 4A state championship. After graduating from High School, He enrolled at the Univesity of Minnesota and played there as a standout collegiate. The Portland Trail Blazers drafted him in the first overall pick of the 1978 NBA draft. He missed his opening season due to injury.

However, Mychal's team won two back-to-back NBA titles. He had ups and downs in his initial career.  He was named to the 1979 All-Rookie team. He played with Portland until the 1986 season. After playing with the team for seven seasons, Mychal transferred to San Antonio and played there for a season and then moved to Los Angeles Lakers. After returning in 1991, He started working at a local radio station and remained with it for more than two decades.