Mychal Rivera is an American professional football player who plays in the National Football Association (NFL) and is currently a free agent. He last played for the Jacksonville Jaguars and was left free agent in 2018. Rivera.

Mychal Rivera, who was selected by the Oakland Raiders in the 2013 NFL draft, is a happily married man. Scroll down to know in details about his net worth, salary, earnings, and more.

How much is Mychal Rivera's Net Worth and Salary?

Mychal Rivera is a professional NFL player who has earned a decent amount of money from his NFL career so far and is still pursuing his career in NFL. Rivera's net worth is estimated to be around $3 million as of 2019.

In addition to this, the detailed information regarding his personal assets is not yet available on the media but he might own cars and a house.

Mychal Rivera is a happily married man since he got married to his lovely and gorgeous girlfriend Siera Seward on June 18, 2016, in Marina del Rey, California. .Mychal and his spouse got engaged in California. There are some interesting facts about their wedding since it is found that Mychal proposed his girlfriend just the day before the marriage ceremony. His girlfriend reported that she was shocked when he proposed her to be his life partner.

“This past Sunday, October 18th, 2015, my best friend and soulmate, Mychal Rivera, made me his fiancé at a beautiful California winery during the breezy autumn sunset with our families holding hands, watching behind wells of happy tears,”

In addition to this, she further wrote about the proposal saying “The morning after the proposal, he & I woke up & decided, ‘Let's get married today!!!’ So, we jumped up & ran to the courthouse.”

The wedding ceremony was attended by not many guests but Rivera's sister Naya was present in the ceremony. Mychal surprised everyone by marrying his love just the day after he proposed. Currently, the couple is enjoying their married life to the fullest and has given birth to a son named Ricci Rivera born in 2017.

Furthermore, there aren't many details about their past relationship or affairs disclosed in the media.

Mychal Rivera was born to parents George and Yolanda Rivera on September 8, 1990, in Los Angeles, California, United States. He holds an American nationality and belongs to the mixed ethnic group. Rivera's older sister Naya Rivera is a singer and model by profession whereas his younger sister Nickayla Rivera is runway model. 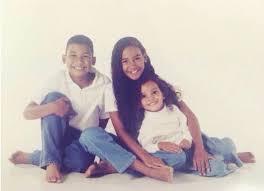 CAPTION: Mychal Rivera as a child with her younger siblings SOURCE: Pinterest

He attended the  Birmingham High School located in Lake Balboa. Later on, he played under coach Chip Kelly for Oregon. After some time, he joined the Tennessee Volunteers for his college career.

Mychal Rivera's professional NFL career started after he was selected by the Oakland Raiders in the 2013 NFL Draft. During his 2014 season, Rivera got his 1st career touchdown passes from his teammate Derek Carr.

He played with the Raiders until the 2016-17 seasons and was then signed by the Jacksonville Jaguars on March 22, 2017, where he got the chance to play alongside his high school mate Malik Jackson. During the 2017 season, he got injured and was placed under injured reserve. 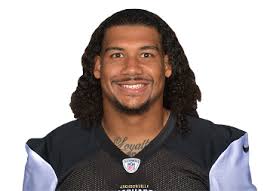 Later on, in 2018, the Jacksonville team declined to extend his contract and was then left a free agent and since then he wasn't signed by any team.

If you want to know more about NFL player, visit the site Playerswiki