Jessica Korda is a rising American professional golfer. She has been playing as a professional golfer since 2010 and is an LPGA Tour player. She started her career representing the Czech Republic in the 2006 World Amateur Team Championship but later shifted to the United States.

Jessica Korda was born Jessica Regina Korda. She celebrates her birthday on February 27. She was born in 1993 in Bradenton, Florida. Jessica is among the three children born to Regina Rajchrtova and Petr Korda. Her father is a former professional tennis player, and her mother is also a well-known former tennis player. She has a sister, Nelly, and a brother Sebastian. Her sister is an avid golf player, and her brother is a tennis player.

Jessica Korda Earnings and Net Worth

Jessica Korda has an estimated net worth of more than $5 Million. She has accumulated most of her hefty net worth through her initial success with golf. She has been playing at the professional level since 2011 and has won five major tournaments. Korda must be earning millions from her contract with Adidas. Since her professional debut, Jessica has been continuing the deal with Adidas. 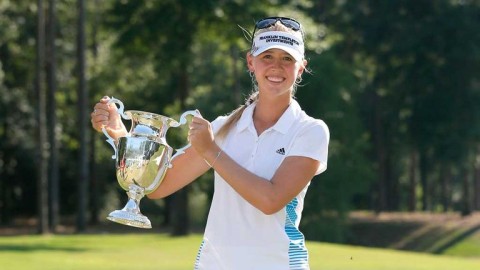 As per the contract, Korda needs to play TaylorMade metalwoods, irons, wedges, and balls and wear Adidas Golf apparel and footwear. Since April 2020, Jessica has worked as the sports ambassador for Spain's No.1 dermatological company, ISDIN. Korda is ranked at 46th position among the LPGA Tour Money Leaders with $246,578.

Who is Jessica Korda's Boyfriend?

Jessica is involved in a romantic relationship with her longtime boyfriend, Johnny DelPrete. The love birds have been dating each other for more than eight years. They opened their relationship in 2013 and have been together ever since. Both of them seem to be very much supportive of each other. 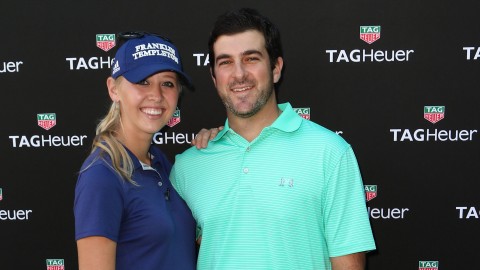 Jessica along with her boyfriend at an event SOURCE: Getty Images

Asked about tying their wedding knot, Jessica mentioned that, She is very early in her career to start a family and will not be marrying anytime soon. Johnny is also a golf player. They have had some ups and downs in their relationships but have worked through them.

Jessica comes from a sports background. She started training golf from a very early age. In 2006, Korda got the chance to represent the Czech Republic in World Amateur Team Championship. Ever since Korda has become regular in the United States, she won her first tournament in the 2009 South Atlantic Amateur.

After turning professional in 2011, She won her professional win in the Women's Australia Open. Korda won her second LPGA Tour title at the season opener, one shot ahead of Stacy Lewis. Since 2013, Korda has been ranked in the top 30 among Women's World Golf Ranking. Jessica has won five major tournaments to date.