Ariya Jutanugram was born on November 23, 1995, in Bangkok, Thailand. She is among the two children born to Somboon Jutanugarn and his wife, Nanumon Jaanugarn. Ariya has an elder sister named Moriya Jutanugarn, who is also a professional golf player. She has four older half-siblings through their father. The parents own a professional golf shop at the Rose Garden Golf Course near Bangkok. Ariya stands five feet and seven inches tall and 73 kg. 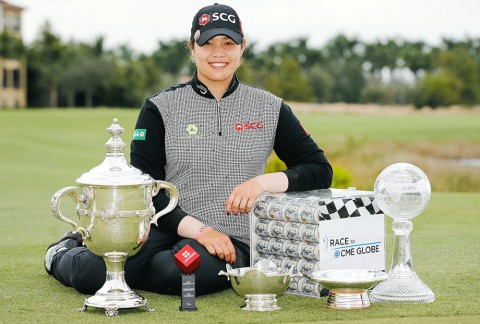 Ariya crossed her million earnings in 2016 when she earned $2.5 Million from twenty-eight events. She led the Tour with five wins and recorded 11 additional top-10 finishes. Jutanugarn earned $1.5 Million in the following season. The Golf player made $2.7 Million in 2018 and remained her highest earning in a single season. Jutanugarn enjoyed the best season of her LPGA career, earning her second major victory at the U.S Women's Open and taking wins at the Kingsmill Championship presented by GEICO and the Aberdeen Standard.

Ariya earned $1.2 Million from twenty-nine games and crossed $8 Million earnings in her career. Last season, Many events got canceled due to the COVID Pandemic, but she played in thirteen events and took home $368,000. Totaling her career earnings from golf, it sums to more than $9 Million. She must be making millions from her sponsorship deals with Scg, SCGP, Betagro, SiamParagon, JDX, KBank, Toyota, Legacy, PruksaClinic.

Ariya is very much private about her personal life. Although She is an active social media user, The golf player has not shared a word about her relationship. Her Instagram timeline of 54k followers is filled with photos of her games and her family. Ariya is believed to be single as of early 2021 and focusing on her career.

Ariya started her career in 2007 Honda LPGA Thailand from the age of eleven. She is the youngest player to qualify for an LPGA Tour. She turned professional at the end of 2012. In 2013, Jutanugram won her first title a the LET's Lalla Meryem Cup. Ariya won her first LPGA Tour title at Yokohama Tire LPGA Classic.