Mohammed Ali Abbood is one of the most loved and skilled Iraqi football players who is currently playing for Iraqi Premier League club Al-Quwa Al-Jawiya. Apart from his club career, Abbood is also a national player who has represented the Iraqi national team. The experienced midfielder has appeared in 6 matches this season in AFC Champions League, playing a total of 527 minutes.

Mohammed Ali Abbood's main position is a midfielder, and in his club, he wears jersey number 6. On the other hand, he wears jersey number 15 for the national team. He is pretty young but is already doing good in his sporting career. The young player has been part of his team, and with them, he has participated in various games and has helped them to give the best performance. With his amazing performances, Abbood has been able to get fame. Not only that, but he is receiving a fair sum from his team.

Age and Height: Details On His Parents

The young player is 21 years old as of early 2022 as he was born on October 1, 2000. Meanwhile, some sources say that he was born in the year 1998. He was born in Baghdad, Iraq, and Abbood spent his early days there. Moreover, Abbood holds Iraqi nationality, and he peaks at the height of 5 feet 9 inches (1.75m).

Talking about his family background, his parents appear to be from Iraq, but their details remain unknown as the young player has not given much information about them in the tabloids. But we can say that they are proud of the success and achievements received by their son at this young age. Not only that, but they must have helped Abbood to get involved in this field.

Take A Look At His Club Career

Starting with his career at the club began when Abbood came into the Iraqi Premier League club Al-Sinaat Al-Kahrabaiya in September 2017 from Iraq Division One side Al-Najda. Likewise, he got another chance to show his skills, and he got signed with the Iraqi club Al-Quwa Al-Jawiya in September 2018. And he began the 2018 AFC Cup Final as Jawiya won the tournament for the third successive year. 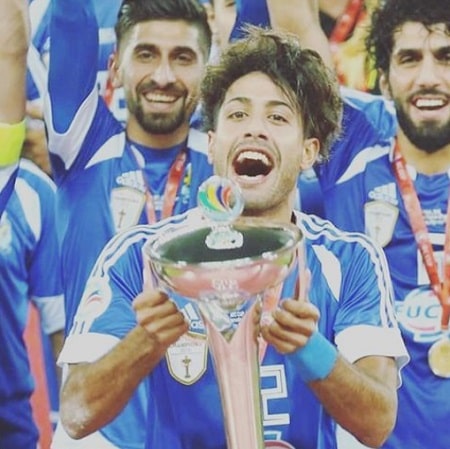 On February 12, 2019, Abbood made his AFC Champions League debut by playing in the match against Uzbek side Pakhtakor. So, Abbood is doing good in his club, and he is participating in various games. As mentioned earlier, he has also played for the national team and represented them at various levels.

The skilled player, Abbood first played his international match in the year 2015 when he participated in the 2016 AFC U-16 Championship qualifiers from the Iraq U16s. So, in that tournament, he gave his best and was also included in the final squad for the tournament. So, Abbood made headlines all over the internet when he helped Iraq win their first-ever tournament.

Apart from that, he also played from the Iraq U17s to play for the 2017 FIFA U-17 World Cup. Unfortunately, the Iraqi team was eliminated in the knockout round. Talking about his senior career, Abbood was called up to the senior national team in October 2021. He was called for the 2022 World Cup qualifiers to play against Lebanon and the United Arab Emirates.

And on October 7, 2021, Abbood made his international debut in the match versus Lebanon. So, having appeared in various matches, he has helped his club and national team to win several titles. Some of the titles he has helped his club to gain are Iraqi Premier League: 2020–21, Iraq FA Cup: 2020–21, Iraqi Super Cup runner-up: 2021, and AFC Cup: 2018.

How Much Are His Salary and Net Worth?

Abbood is one of the most important players on his team, and he has surely earned a decent amount of money from his club. In his long-term career as a football player, Abbood has appeared in numerous big and small football events. So, he has received not only awards but also a good cash prize. 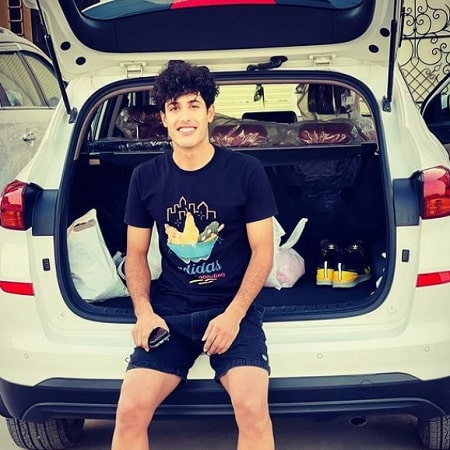 However, his actual salary remains unknown as the club or the national team has not provided any hints regarding his income or earnings. But Transfer Market reports his current market value is €300Th. For your information, the average salary of a national football player in Iraq is reported to be around $11938.28 per year. So, we can speculate that Abbood might earn in the same range from the national team.

Similarly, he has played for some clubs and from his club's earnings, Abbood may take home a good salary. So, it can be said that his football career is responsible for a substantial chunk of his financial success. As he is a dedicated and skilled footballer, he makes a huge sum and lives a quality life to the fullest.

Abbood Girlfriend: Is He Dating Someone Or Single?

Coming into his personal life, the 21-years-old football player currently appears to be single. So, he is leading a single and solitary life. At the moment, Abbood is at the peak point of his career, and he must be focusing more on it rather than searching for a life partner. 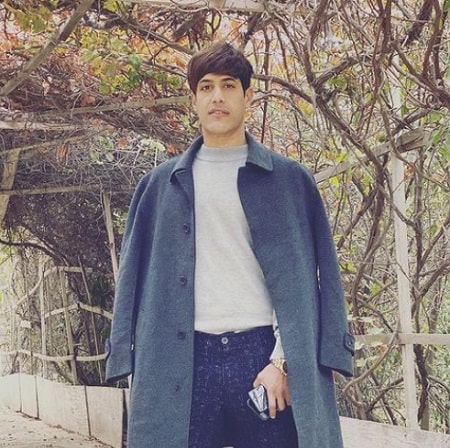 On the other side, Abbood also falls in the category of those who prefer to keep their personal details away from the media. In the same way, Abbood has not made a single post regarding his love life on his social media accounts. So, it is pretty challenging to know about his love affairs.

Abbood is an active user of Instagram who is registered on Instagram under the username @mhmaad_ali25. He has already collected over 57.4k followers. At the time of this writing, he has made a total of 68 posts and has followed 168 people.

According to his IG bio, his account is also managed by Ahmed abbas. So, from his account, Abbood gives some updates regarding his games and his lifestyle.