Jessica Bratich Johnson is a former Karate fighter who competed at national and international levels. However, it was her marriage with Mitchell Johnson, an Australian former cricketer, which brought her into the limelight. The couple tied the knot in 2011.

Mrs. Johnson is well known as the wag of Mitchell Johnson, but do you know where the pair met? Their dating life? Scroll Down!!

Jessica Bratich and Mitchell Johnson met in Perth several years earlier before they married. In fact, Mitchell, who was based in Brisbane at the time, was so taken by Jessica that he requested a transfer to play with the Western Warriors. 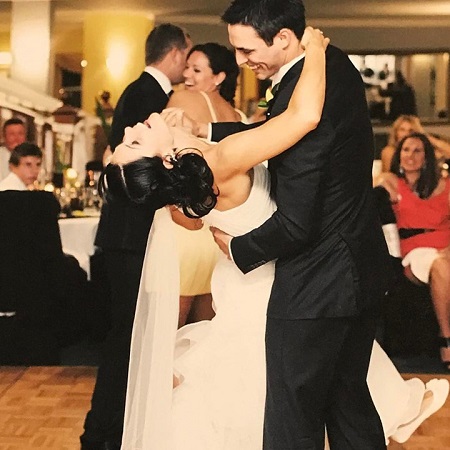 Jessica Bratich Johnson and his wife Mitchel Johnson on their wedding SOURCE: Who Magazine

With their romance blossoming from the get-go, the couple decided to take their relationship to a whole new level and exchanged vows on May 6, 2011. Their wedding ceremony was held in WA’s South-West in front of just 50 guests.

In 2013, Jessica disclosed in an interview that Mitchell expressed his desire to start a family very early on in their courtship.

Mr. and Mrs. Johnson are parenting their two children. The couple had their first child, a daughter named Rubika Anne Johnson in 2012. Likewise, they welcomed their second child, a son Leo Max Johnson on 17th March 2016. 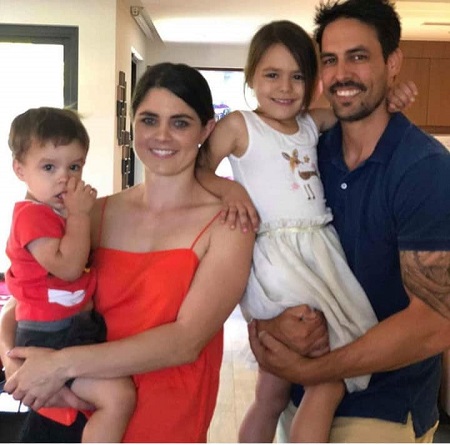 Every now and then Jessica often posts pictures of her children on her Instagram. The family of four is living a blissful life.

Journe From Krate To Bag Designer

Perth, Australia native, Jessica was born on 21 December 1981, under the star sign Sagittarius. A former Karate Champion, her father runs a Karate School. Growing up she became interested in Karate like her father.

She played at the national and international level, winning a bronze in the 2006 Karate World Championship. Also, she taught karate in his father's MMA school for One and a half-decade.

In 2011, she launched a fashion accessories and handbags line named JESSICA BRITISH.

Mitchell Johnson is an Australian former cricketer. He was born on 2nd November 1981 in Townsville, Queensland, Australia. He played all forms of the game until his retirement from international cricket in 2015. A left-arm fast bowler and left-handed batsman made his Test debut for his native nation in November of 2007.

As of 2021, Jessica Johnson has an estimated net worth of $1 million. The significant source of her income is her bag line. Further, she shares a tremendous net worth of $ 4 million with her husband, Mitchell Johnson. His salary in 2018 was $275,807 from IPL and total IPL career earning is reported $3,669,089.

For Sure Jessica and the Johnson family are living a lavish life. However, there is no information regarding their real estate properties.