Nitra, Czechoslovakia native Miroslav Stoch is a professional football player who has been playing for the team of Slovan Liberec since joining the club on September 22, 2021. He is also a national player who has been a part of the Slovakia national team that has participated in various tournaments like UEFA Euro 2016 and 2010 World Cup qualifier.

The professional footballer was interested in pursuing a career in sports from an early age. So, he also received support from his father as he placed him with his local club's academy Nitra. So, his football career started with the team of Nitra, with whom he played from 1995 to 2005 in his youth career. Furthermore, Stoch's performances have helped him take home some awards, too, including the FIFA Puskas Award in 2013.

Details On His Salary & Net Worth

The well-known winger has been a part of numerous clubs, and playing for them, Stoch has surely signed an impressive deal. So, Stoch makes most of his gains from being a footballer. Currently, Stoch plays for Slovan Liberec, and his salary may be pretty good, but the actual amount remains under review.

Apart from that, he previously played for PAOK, and while on the team, he earned £27,000 per week and £1,404,000 per year. In the same way, Stoch also played for the Turkish team Fenerbahce, and while joining the team, he had a deal of €5.5 million. Likewise, Stoch had an amazing contract worth €1 million with Al Ain. 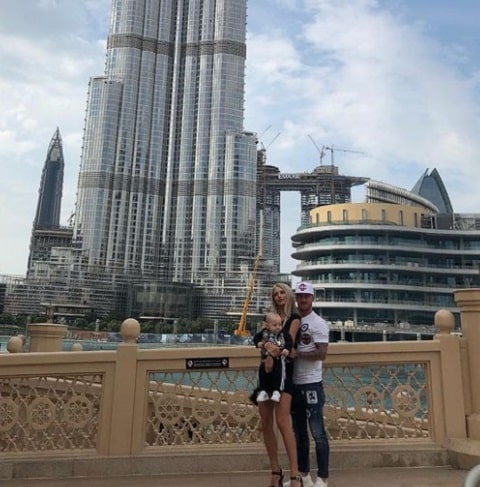 In addition to that, Stoch is also a national player who has represented the national team in numerous games. So, his performances have helped his team to win most of the games that also helped Stoch to receive some cash prizes. Having such an impressive revenue, Stoch's net worth may be in the six figures, and some sources claim that his net worth is around $1 million.

Entering into his married life, Stoch lives happily with his wife, Pauli Bedzetiova. Bedzetiova and Stoch have been together for many years, and they still cherish their life. Besides, the pair began their romance back in 2015. The information about their wedding remains a mystery as both of them have not opened up yet.

Despite that, the cute couple goes to different places together, and they also feature their moments on their Instagram handle. Not to mention, Bedzetiova and Stoch have also started a family of their own as they are blessed with a son named Tobias, who was born on March 16, 2017. 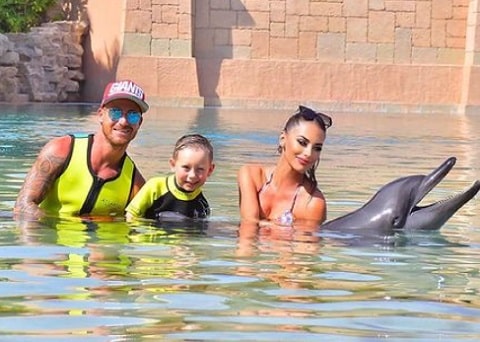 Miroslav Stoch with his wife and son SOURCE: Instagram @minostoch99

Stoch often posts images with his son and wife on his Instagram account. Apart from that, his partner, Pauli, appears to be a social media influencer who has a strong fan base on her self-titled Instagram account, where we can follow her as @paaaulib.

Everything On His Club Career

As we know, Stoch started his football career with Nitra. He was doing pretty well, and just at the age of 15, he scored a hat-trick in a game that helped him get drafted into Nitra's first team. And at the age of 16, Stoch made his first-team debut. Likewise, his performances impressed many people, and he also got signed by Chelsea's youth academy in the year 2006.

With them, Stoch played in various games and also scored 11 goals. His 2006-7 season went pretty well, and he finished the season as the top scorer for the under-18s. In the same way, his 2007-8 season began in a good way. And his first game of the season came against Arsenal on November 30, 2008, which was held at Stamford Bridge. 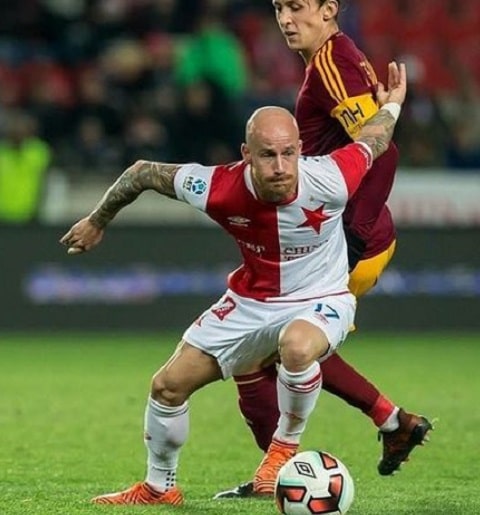 After making multiple appearances for the Chelsea team, Stoch received other offers, and he was loaned to Twente on July 16, 2009. Playing for Twente, Stoch appeared in 32 games and scored ten goals. And on June 11, 2010, he signed a deal with the Turkish team Fenerbahce. And his debut goal for the team came on July 28, 2010, while playing against Young Boys.

His experience at Fenerbahce was pretty good, with whom he made 82 appearances and scored 14 goals. Likewise, Stoch went on to play for PAOK, and with the team, he signed a deal in August 2013. After playing for PAOK, Stoch joined Al Ain on July 3, 2014, just for one year. And on August 22, 2015, Stoch signed a deal with Bursaspor, but in the summer of 2016, he came back to his previous team, Fenerbahce.

Insights On His International Career

Moving onwards, Stoch made his debut for the Slovakia national team on February 10, 2009, by playing against Ukraine. And on June 6, 2009, Stoch scored his first international goal in a match against San Marino in a 2010 World Cup qualifier. Miroslav Stoch in one of his training sessions SOURCE: Instagram @minostoch99

He was also a part of the national team that participated in the UEFA Euro 2016 qualification, and in the respective game, he scored the winning goal that left many people surprised. Furthermore, Stoch has also received some awards, including the FIFA Puskas Award in 2012 and Peter Dubovsky Award in 2009 & 2010.

Miroslav Stoch was born on October 19, 1989, in Nitra, Czechoslovakia to his parents Maria Stochova and Miroslav Stoch Sr. As said earlier, Stoch received massive support from his father to get involved in sports.

Meanwhile, he holds Slovakian nationality and stands at a height of 5 feet 6 inches (1.67 m). For your information, his star sign is Libra.