Min Woo Lee is a professional golf player from Australia who plays in the European Tour and PGA Tour of Australasia. He is the winner of the 2020 ISPS Handa Vic Open. Also, he was selected for the 2021 Open Championship by defeating Thomas Detry and Matt Fitzpatrick in a playoff.

Min Woo Lee was born on July 27, 1998, under the star sign Leo in Perth, Western Australia.

His father's name is Soonam Lee, and his mother's name is Clara Lee, who was also a professional golfer. His dad, Sonam, was a swimming instructor back in the day. 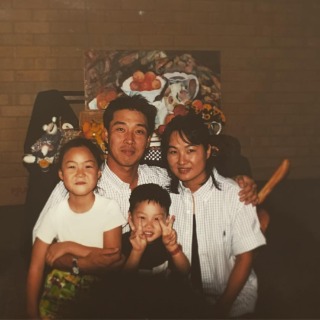 His parents were originally from South Korea and moved to Australia 10 years ago. Min Wo's parents currently own a cafe in Australia.

The 2013 Drummond Junior winner was very much inspired by his parents and started playing golf early. He never forgets to praise his mom and dad on occasions like Father's Day and Mother's day.

Min Woo and his sister shared a brother-sister relationship and were born and bought up in Australia.

Who is Min Woo's sister Minjee?

Minjee was born in Perth on May 27, 1996, like her brother. She is currently 25 years old. He was also inspired by her mother to play golf. 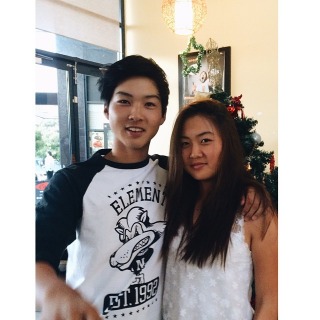 Min Jee and her brother Min Woo are the first brother and sisters to win the Junior Championships of USGA. Minjee won it in 2012, while Min Woo won it in 2016.

They have just two years of age and frequently share photos of each other on their social media.

How much is Min Woo Lee's Net worth? (Salary and Earnings)

Lee has an estimated net worth of $2 million approximately. The 2016 US Junior Amateur Championships winner accumulated most of his income from participating in golf competitions. He also earns bonuses and incentives for winning tournaments. Besides, he also earns from sponsors. 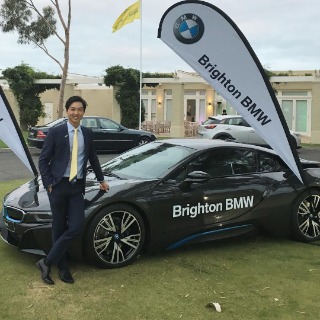 Read:- What is the Net worth of Kyle Dugger? (Contract and Salary)

Besides, he has also won several other tournaments and earned a massive amount early.

Though his net worth is near the biggest golf star Tiger Woods whose net worth is $200 million, Min Woo got the potential. He has a long career ahead, which seems to be successful if nothing goes wrong unexpectedly.

He lives a lavish lifestyle with his family in Australia. He frequently shares his photos of visiting different places and enjoying vacations.

At just 23 years of age, he is sponsored by some major brands. He frequently posts about one of his major partnerships with Genesis Au.

He also shares the car which GenesisAU gave him as a deal. And he got a lot of potential to land other deals in the future.

Min Woo Lee is currently happily dating his girlfriend, Gracie Drennan. The couple has been together for more than three years as of 2022. Gracie and Min are seen together in different places and even during his competitions.

Drennan has been one of his greatest supporters, and sho loves him frequently. The pair even participated together in Perth Fashion Festival. 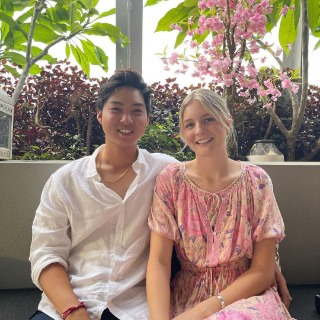 He frequently shares his photos with his love on Instagram and wishes on different occasions. Recently on April 15, 2021, he wished his date an anniversary of 2 years.

Min Woo's girlfriend Gracie was born on June 26, 2000, and is two years younger than her boyfriend Lee. She is a pretty girl with long blonde hair.

On her 21 birthday, Min posted a beautiful photo of the couple and wished, saying,

"Happy birthday to the favourite, 21 years around the sun. Thanks for putting up with me. Hope you have the best day "

As of 2022, the pair has not shared information regarding their plan. Min and Gracie are currently neither married nor engaged but share a loving relationship. There is no additional information about the past relationship of the young Australian golfer.

Min Woo also has a black dog named Bo. He sometimes posts pictures with his dog, often playing with the golf ball.

His Insta username is @minwoo27lee, and he has more than 87k followers.