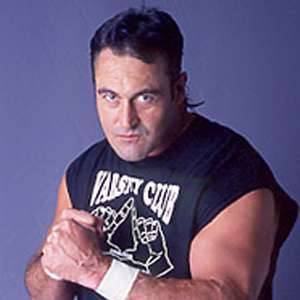 Proficient and extremely talented, Mike Rotunda is one of the most recognized names in the world of wrestling. He earns stardom due to his continuing dedication in the game of wrestling. He was very attacking and dangerous when he was in the ring. Currently, he retired from his professional game. He is well known under the name Irwin R. Schyster or I.R.S. He has puts first step into this world on March 30, 1958, in St. Petersburg, Florida, United States. He carries an American nationality. His ethnicity belongs to a white. His star sign is Aries. Currently, he serves as a road agent with WWE. Frequently, he also makes his appearances on WWE Show.

He attended Newark Valley in New York. Later, on he went to Syracuse University in New York. At his university, he participated and performed in several wrestling and heavyweight championships. Just after his graduation, he jumped into his professional career. He participated in Florida Championship Wrestling in 1981. In Year 1984, he participated in the World Wrestling Federation. He associated with WWF for two years. In Year 1986, he showed his Excellencies by participating in the American Wrestling Association. Later on, he also wrestled on National Wrestling Alliance. In Year 1991, he again returned to the WWF and wrestled from 1991 to 1995. From 1995 to 2000, he was the prominent wrestler of World Championship Wrestling (WCW). He also played in New Japan Pro wrestling and All Japan Pro Wrestling. He retired from his professional by associating with WWE. Numerous rewards and awards have honored him. Still, after his retirement, his fans loved his finishing and signature moves.

His current relationship status is married. He has a beautiful wife in his life. His wife is caring for him. She got married to his wife Stephanie Rotunda in 1984. Since the date, he got married to his wife they both spending wonderful and unforgettable moments with each other. It is about 32 years of their marriage and they are still going strong in their relationship. They both love each other more than their life and set a perfect example how to take a married life for a long time. He is the son-in-law of Blackjack Mulligan who was a professional wrestler and also an author and American football player. He has two sons named Windham and Taylor. They are the professional wrestlers and currently serving for WWE under the ring name Bray Watt and Bo Dallas. He also has a daughter named “Mika” and grandchild Cadyn and Kendyl.

He is highly acclaimed for his noteworthy contribution in the game of wrestling. His annual salary is 1,150,628 USD. His estimated net worth is around 11,000,000 USD. He is also popular on social media. His fans follow him on Twitter. Moreover, info about his life and bio can be taken from Wiki.