Mike Leach is an American college football coach who is currently the head manager at Mississippi State University. He formerly coached at Texas Tech University and Washington State University.  He was also an offensive coordinator at Iowa Wesleyan, Valdosta State, and Kentucky in the 1990s. He won the 2018 Pac 12 North Division and the Big 12 South Division (2008).

During his time at BYU, Leach worked with the future San Francisco 49ers' quarterback, Jon Steve Young. He first assistant) coached at Cal Poly (1987) and College of the Desert (1988). He then served as the head coach of the Pori Bears in the American Football Association of Finland in 1989. That year, he also joined Iowa Wesleyan University as an offensive coordinator. He then subsequently moved to Valdosta State, Kentucky Wildcats, and the Oklahoma Sooners. 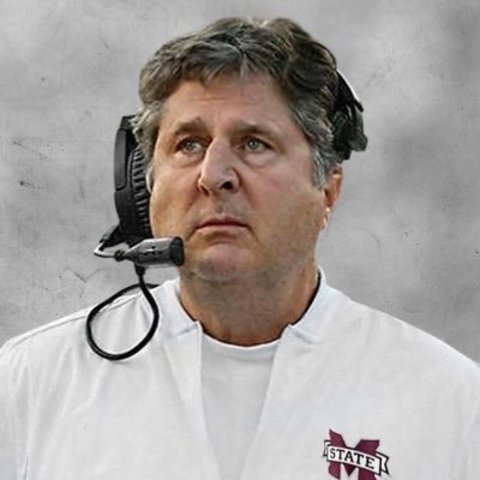 Leach led the latter to finish no 1 in the Big Conference (1999). Under his tutelage, the Red Raiders of Texas Tech led the NCAA in passing yardage for four years in a row. At the end of the 2008 season, he was 76-39 with the Red Raiders and is the all-time winningest coach in postseason play in Tech football history. Leach along with Graham Harrell was featured on the cover of the 2008 edition of Dave Campbell's Texas Football. In 2008, he helped the Raiders gain 11 wins and 1 loss, the best in school history.

He received several accolades during his spell at Texas Tech. In December 2009, the Cody native coach was fired from Texas Tech following the allegation that he treated Adam James' concussion inappropriately and he refused to write an apology. For the next three years, a court battle continued between Leach and Texas Tech. The majority of the court's decisions were ruled in favor of the Texas Tech University. He worked briefly as a color analyst for the CBS College Sports Network in 2010.

His 2011 released book, Swing Your Sword: Leading the Charge in Football and in Life debuted at #6 on The New York Times Best Seller list. In 2012 he started coaching the Washington State Cougars. Leach gave the Cougars their best Pac 12 conference finish in thirteen seasons (in 2016). He mentored the WSC until 2018 after which he joined the Mississippi State in January 2020. His overall record with each team stands as Texas Tech Raider (84-43), Washington State Cougars (55-47), and Mississippi State Bulldogs (143-97). Former Houston Cougars and Baylor Bears' head coach, Art Briles was among the list of people who at one time had served as an assistant coach to Mike Leach.

What is Mike Leach's Net Worth and Salary? 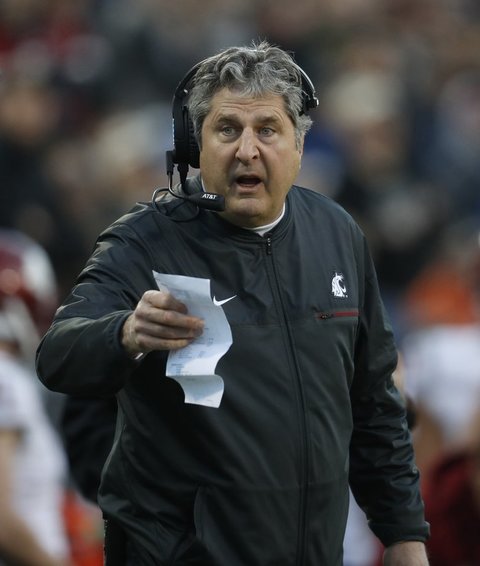 Mike Leach's Wife; Who Is He Married To?

Leach met his future wife, Sharon Smith while they were students at BYU. The coach says he used to go over to Sharon's home at the King Henry Apartments to watch TV with her and her roommates. Their first date was at A&W Restaurant in Provo where Mike would use a 2 for 1 coupon book.

Sharon recollected with the Seattle Times their first outing was not planned out in advance and that it only happened because Mike had been hungry. 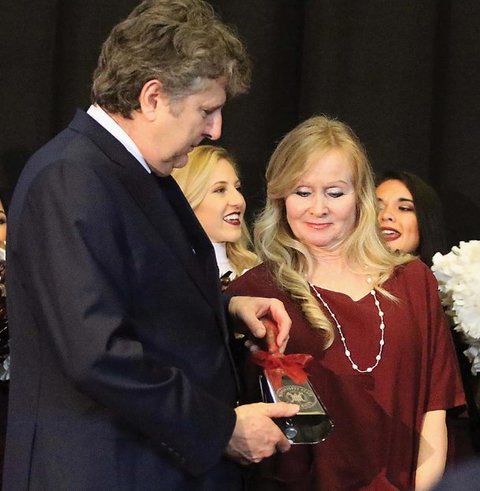 Mike Leach shows his wife Sharon their new cowbell after the press conference introducing him as Mississippi State's head football coach in January 2020 SOURCE: Jim Lytle/Special to the Dispatch

The couple has been reported to going through financial problems during Leach's pre-coaching career. Sharon worked full-time for almost 14 years as an administrative assistant and legal secretary while her husband climbed the coaching ladder. It wasn't until 1996 when she quit to be-stay-at home mother after Mike got the job at the University of Kentucky.

As of 2021, the pair has been married for more than three decades. Together, they have four children, Janeen, Kim, Cody, and Kiersten, along with three grandchildren. Janeen was born in 1985 and attended the same college her parents attended, BYU. She even resided in the same apartment complex where her mother had lived.

Their second daughter Kimberley (born 1989) has a master's degree in education from Texas Tech University and works as a reading specialist. Both Janeen and Kimberly are married. The coach's only son with Sharon, Cody was born in 1996 followed by their youngest daughter, Kiersten in 1998.

Sharon admits she has come to terms with her husband's absence because of the long hours he is needed to do his coaching duties.