Mike Garafolo is an American sports reporter who serves as a NFL Network reporter, host at Good Morning Football, and NFL Insider with over two decades' experience covering the NFL. Previously, he covered the Eagles for The Associated Press prior to joining The Star-Ledger (N.J) to cover the Giants (2004-2011). Following a short stint at USA Today, he landed a job at FOX Sports in the summer of 2013.

A native of Philadelphia, Garafolo is a graduate of La Salle University. He was born on 21st September under the star sign Virgo. As of 2020, Garafolo is in his mid-forties. Further, he holds an American nationality and is of white ethnic background.

How Much Is Mike Garafolo Net Worth In 2020?

It's been a long time since Mike Garafolo is active in sports journalism. Prominently, he joined NFL media since 2016 and works for all NFL Media platforms, including NFL Network, NFL.com, and NFL Now as a reporter. Though he has revealed the exact figure of his salary, it is believed that Mike's annual salary is no less than the six-digit figure. 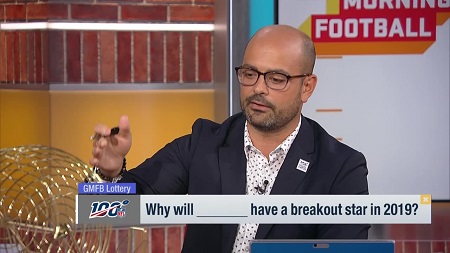 According to the source, the average salary NFL Network reported is $100,000. Since Garafolo has garnered much experience in the field his salary is higher than the average.

As of 2020, his net worth is approximately $1 million, with his wealth being accumulated from his career in the previously mentioned field.

NFL reporter, Garafolo is married to his long-time girlfriend, Jessica. The couple tied the knot on 26 March 2011, in an intimate ceremony only in the presence of their family members, relatives, and close friends. What's more, Garafolo and Jessica share a daughter named Carmen Rosa, who was born on 30th October 2017. 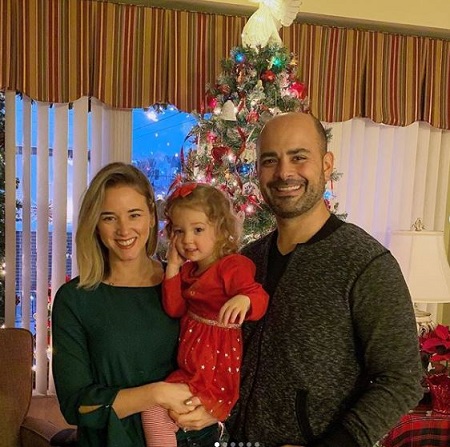 Mike Garafolo with his wife and their daughter SOURCE: Instagram @mike_garafolo

Mike Garafolo joined NFL Media in 2016 as a reporter. He contributes to all NFL Media platforms, including NFL Network, NFL.com, and NFL Now. Garafolo joins NFL Media from Fox Sports 1, where he covered the NFL nationally.

Before that, Garafolo was a national NFL reporter, serving for USA Today and a beat writer covering the New York Giants for The Star-Ledger in New Jersey where he served for eight seasons. During his stint at Giant's, he covered the Giants' victories in Super Bowl XLII and Super Bowl XLVI. For his work covering the Giants, Garafolo received an APSE award.

Garafolo started his career as a producer for WIP Radio in his home town Philadelphia and a general sports writer for The Associated Press.