A German racing driver, Mick Schumacher, who is affiliated by the Ferrari Driver Academy currently competing in the FIA Formula 2 Championship with Prema Theodore Racing. The young racer started his career in karting in 2008, progressing to the German ADAC Formula 4 by 2015.

Mick Schumacher a professional race car driver who is known for having competed in the ADAC Formula 4 category, European Formula 3, Formula 2, and recently Formula 1. He has earned a decent sum through his career.

Motorsports' salaries are often wrapped in a veil of secrecy. Racers' incomes are considered salary, performance bonuses for race wins, sponsorship deals and in some cases, other racing-related income.

In 2019, he signed a sponsorship deal with the American sportswear brand Under Armour. Now he will get to test sport Under Armour’s apparel and recovery sleepwear as part of the agreement. 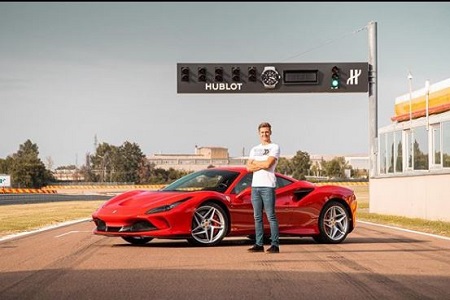 Mick Schumacher, 20, is a career-oriented person who prefers his personal life low key. Besides his family background and profession, he is yet to reveal his other part of life. 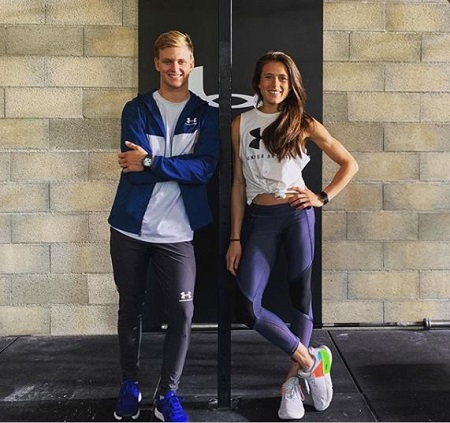 No doubt, the young racing driver has millions of female admirer around the world but Schumacher has not yet found love of his life. As of now, he is possibly single.

Born To An Athlete Family 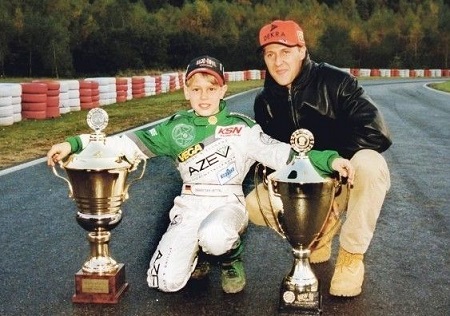 Schumacher grew up in Switzerland, living in Vufflens-le-Château until 2008, and then relocated to Gland.

On 29 December 2013, his father suffered life-threatening brain injuries while skiing in front of him. It was in March 2017, Mick first talked publicly about his dad, describing him as "my idol" and "my role model."

Schumacher started his motorsport career in 2008, under the pseudonym 'Mick Betsch,' using his maiden name to avoid attention because of his famous father.

On 2 April 2019, Mick made his debut with Scuderia Ferrari's SF90 during the first day of in-season testing at Bahrain International Circuit. The only debutant in the field, he recorded a personal best time of 1:32.552 from 30 laps, becoming the sixth-fastest amongst other drivers during the morning session of testing.

He put in another 26 laps to set a final time of 1:29.976 throughout the remainder of the day, which was the second-fastest behind Red Bull Racing's Max Verstappen set a lap of 1:29.379 later five minutes.