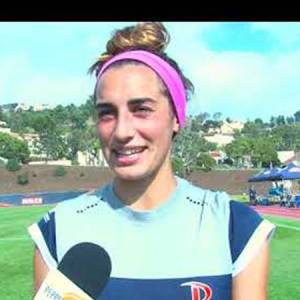 Michelle Maemone is a famous American professional soccer player who plays in the National Women's Soccer League (NWSL) for the Utah Royals FC as their defender. Maemone was selected in the 2019 NWSL draft as a 23rd overall pick by Utah Royals FC.

Michelle Maemone also played soccer for Pepperdine Waves for over four years. Also named twice the WCC Commissioner's Honor Roll "bronze" donors, how much does Maemone earn annually? Scroll down to know details about her salary, net worth, and relationship status.

Michelle Maemone Salary and Net Worth in 2019

Michelle Maemone has just started her professional playing career so there aren't many details available regarding her career earnings. Moreover, the exact figure for her salary and net worth is still under review since there is a lack of information about women's soccer players salary.

The salary range of the women soccer players in the National Women's Soccer League (NWSL) is between $16,538 to $46,200. Michelle Maemone might be receiving a salary of around $30,000 which is not an exact figure.

Moreover, she was just selected in the NWSL draft so she is supposed to earn a lot more in the near future since the salary increases as per the experience level.

According to the official website of NWSL, it is reported that the team salary cap for the upcoming season will also be increased to $421,500. Maimone's net worth is still under review. Furthermore, she is seen to be promoting NIKE brand in her official Twitter account which suggests that she might be receiving some money from the brand.

Is Michelle Maemone Single or Dating Someone? Her Personal Life

Michelle Maemone hasn't so far reported about her personal life or love affair in the media. As per some of the sources, she is reported to be single but the exact information regarding the validation of her current relationship status is not available.

Moreover, she just began her professional career so she is fully focused towards it and rarely shares information about her personal life to the media. So far she has managed to stay away from rumors and controversies. Without any confirmation, it is hard to explore about her probable boyfriend or spouse. 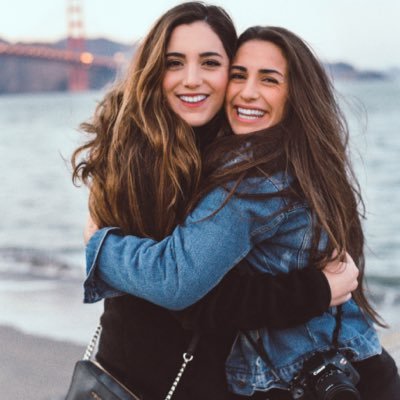 She has mentioned that soccer is the most beautiful game she ever played. Her favorite soccer player is (pro-athlete) Neymar and her favorite team is FC Barcelona. Michelle's favorite TV shows are Dancing with the stars and Downtown Abbey and she prefers to eat Chipotle and sushi.

Maemone is a beautiful and gorgeous athlete who has a height of 5 ft 6 in (1.68 meters) and further details about her body measurements like weight are still under review.

Michelle Maemone was born to parents Joe and Anita Maemone on  March 18, 1997, in Los Gatos, California, U. S. She holds an American nationality and belongs to the white ethnic group. She had an awesome childhood with her siblings David and Jessica in San Jose, California.

I know you love this pic @Dmaemone!!! Love you. ??? pic.twitter.com/oQvarN4qWv

Maemone attended the  Pepperdine University for her graduation and soccer career. She played for over four years for the University team. She majored in public relations from the University.

Michelle Maemone started her professional career soon after she ended her University career. She was selected in the 2019 NWSL draft by the Utah Royals in the 23rd overall pick in the third round. Michelle made her debut after the injury of both Becca Moros and Kelley O'Hara on April 20, 2019, as a starter.

Currently, she is playing for the Utah Royals FC, as their defender. She was also honored by titles All-WCC honorable mention honouree during her college career.

If you want to know more about soccer players, just visit the site Playerswiki.com