Michael McDowell is a professional stock car racing driver from the United States who currently competes full-time in the NASCAR Cup Series. The No. 34 Ford Mustang driving racer for Front Row Motorsports won the Star Mazda Championship Rookie of the Year in 2003.

McDowell is the winner of the recently held 2021 season-opening Daytona 500 which is his first-ever win in the Cup Series. He also won the 2007 ARCA Re/MAX Series Rookie of the Year. Along with this, he has also won the NASCAR Cup Xfinity Series in 2016.

The early life of Michael McDowell

Michael McDowell was born on December 21, 1984, in Arizona, United States. According to the Astrologer, his zodiac sign is Capricorn. The American stock car racer’s father, Bill McDowell, and mother, Tracy McDowell were very much interested in racing and supported their son Michael from early childhood. McDowell’s brother, Billy McDowell, was also a huge fan of racing.

The young racing prodigy started his career when he was at the age of three by racing BMX bicycles. He would always win his division because there wasn’t anyone of his age who could compete against him. 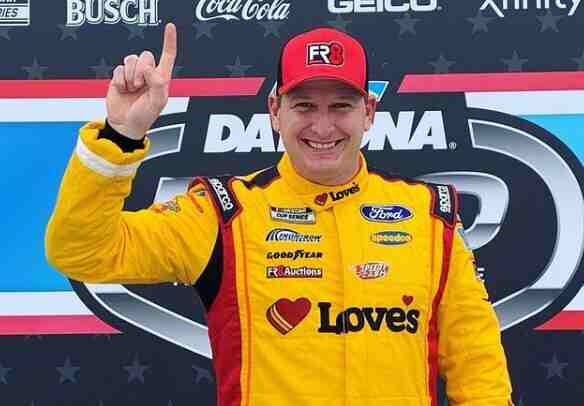 When the young racer was at the age of eight, he moved to the ultra-fast world of karting and quickly won the World Karting Championship. He also took back-to-back undefeated International Kart Federation championships, along with 18 consecutive feature wins.

As reported by some of the renowned sources, McDowell was supposed to go to Deer Valley High School in Glendale, but his professional ambitions got in his way. His racing schedule caused him to miss too many days of school, so he was home-schooled.

Read:- Net Worth, Earnings, and Salary of Joe Truman

Popular car racer, Michael McDowell is married to his longtime girlfriend Jami McDowell. According to the conversation between McDowell and Beliefnet, the 2007 ARCA Re/MAX Series Rookie of the Year old publicly that he met his wife, Jami when they were just 15 years old. 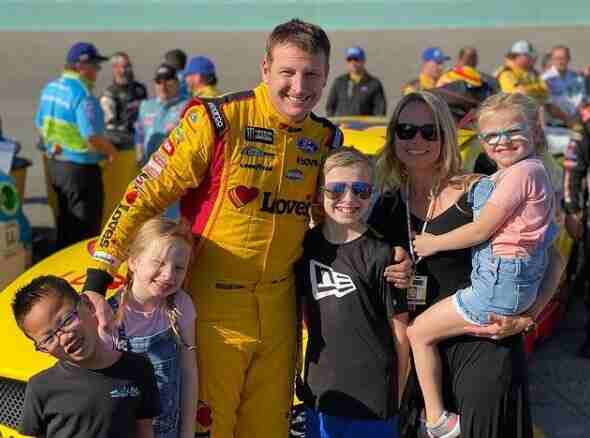 The 2003 Star Mazda Championship Rookie of the Year even explained how much he and his wife trust each other which made their relationship more strong. He also explained at that time,

"It’s been an amazing journey to have that support and have somebody that not only believes in your ability, but that shares the same faith and passion and pursuit."

This sweet couple is blessed with three children, Trace, Emma, and Rylie. The duo has even adopted a child, Luca from China. This couple has been encouraging others to adopt children through their social media.

This dynamic duo is very much conscious of their children. McDowell explains that

“ A father’s Legacy is his Children. Not trophies, promotions, fame, or wealth. Our greatest mission and opportunity to impact the world starts in our homes, by loving and investing in our children,”

What is Michael McDowell’s net worth?

Car racing is one of the most popular sports in the world, especially in America and the racers are well paid. Throughout McDowell’s career, he has done pretty well in his life. It is estimated that he has a net worth of $10 million.

According to most of the renowned sources, the trackman has signed a sponsor with Speedco, which is one of the companies that cover the nation servicing customers with their new stores, lube, and tire lanes. 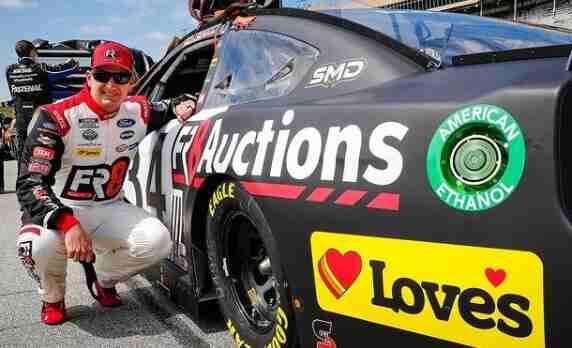 Along with it, he has even signed in many companies like Loves, a country store, K&N, manufacturer of air filters, cold air intake systems, oil filters, performance parts, and other related products. McDowell got the endorsement from Yanmar, a Japanese diesel engine and machinery manufacturer, and Speedycash, which offers loans and payday.

As of 2021, NASCAR Cup Series Driver resides in Mooresville, North Caroline, the United States with his wife and four children. It seems that the couple and their children are enjoying each other’s company in a small house.