Michael Estrada is a professional football player from Ecuador who plays for Liga MX club Cruz Azul on loan from Toluca. Apart from playing for the club, Estrada also represents the Ecuador national team. His main position is a forward, and Estrada wears jersey number three.

Furthermore, Estrada began his career by joining Macara and later became a part of multiple clubs. Estrada is one of the most prominent players on his team who has helped them to win some games too. Apart from being successful in his football career, Estrada is also doing good in his love life with his partner and their child.

Michaels Estrada Shares a Son With His Partner

Starting with his personal life, Estrada lives a happy life with his partner named, D'ivana F'by. It is unknown when the twosome began dating each other but looking at their social media posts, we can say that the twosome has been cherishing a romantic life for some years now. 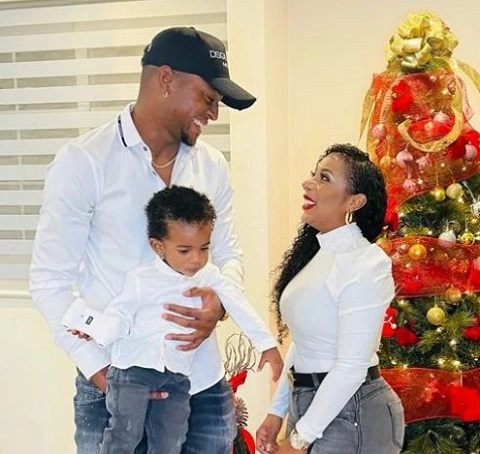 Michael Estrada has a son with his partner  SOURCE: Instagram @maykel_estrada7

Back on July 29, 2022, Estrada shared some images with his partner on his Instagram account on the occasion of F'by's birthday. In the post, he wrote some lovely messages to his probable wife and posted many moments of their life together.

Apart from that, Estrada has been sharing photos with his wife since then. Glancing through their social media posts, we also learned that Estrada and his partner had already given birth to a child. They have a son whose name is missing from the web, but the footballer often shares his pictures.

How Much Is Estrada's Salary & Net Worth?

Estrada is a professional footballer who makes a good amount of money. Currently, he is playing on loan with Liga MX club Cruz Azul. The information about his salary on his team is unknown, but he came on loan from Toluca. So, Salary Sport reports that Estrada's weekly wage is £9,000 while the yearly salary is £468,000.

Apart from that, Estrada has also played for other teams. When he left Independiente to join Toluca, Estrada received a massive deal of €2.70m. So, being one of the most loved footballers, Estrada is making a good amount of money, and his market value is €3.00m which appears to be increasing in the future. 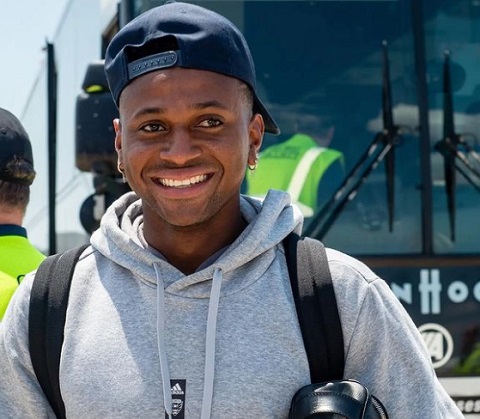 Moreover, Estrada has preserved a decent net worth which some sources claim to be around $1.5 million. No doubt, Estrada lives a luxurious life with his great earnings.

From 2017 to 2018, Estrada played in 55 games, with Independiente del Valle netting 18 goals. In 2019, Estrada played for Macara and later moved to represent Toluca. With Toluca, he signed a deal in December 2019.

On February 8, 2022, Estrada was loaned to Major League Soccer side D.C. United. After making 16 game appearances for the team, he moved to play with Liga MX club Cruz Azul. On the other hand, he is a national footballer who has already made his debut for the senior football team of Ecuador.

Michael Steveen Estrada Martinez was born to his parents, Karina Estrada (mother) and Don Manuel Estrada, on April 7, 1996, in Guayaquil, Ecuador. The Ecuadorian footballer is not only the child of his parents as he is said to have some siblings.

However, the information about his siblings is not available in the public domain.