Michael Chandler’s Net worth and Salary in 2019

Looking at his professional MMA career along with endorsement deals with products like Dymatize, his net worth is assumed to be over $0.5 million. His MMA career fights earnings is reported to be $220,000 so far. 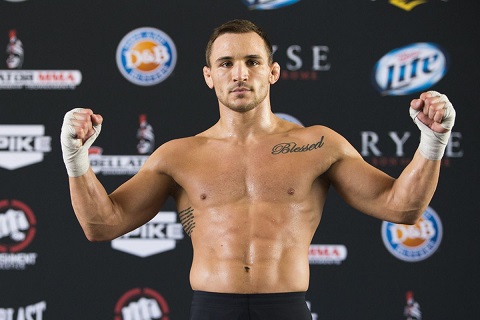 There is no fixed salary in MMA however, the fighter gets paid per fight. It was revealed that he won  $100,000 after winning a  bout against  Eddie  Alvarez and later won a cash prize of $ 50,000 from a match against Benson Henderson.

Currently 33, Michael Chandler stands at a height of 5 feet 8 inches tall and weighs around  70 kg. He is married to his spouse Brie Willeton September 6, 2014, after getting engaged in March 2014. 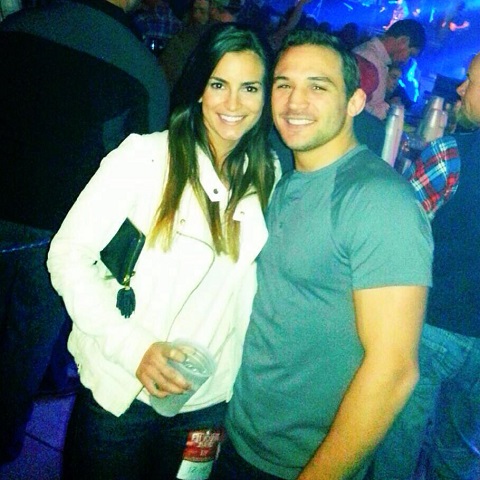 Talking about Brie Williston, she has appeared in Miss Missouri Teen in 2003 where she was the runner-up. She earned her master degree in science from Southern Illinois University Carbondale in Physician assistant studies.

The couple does not have a child of their own as of now. It was reported that the couple adopted a baby, a boy named Hap Whitaker from Dallas, Texas in October 2017.

Michael Chandler is of American nationality. He was born to father, Michael Sr Chandler, and mother, Betty Chandler in High Ridge, Missouri, the United States of America on April 24, 1986.

He did his schooling from Northwest High School and excelled in both academics and sports. After finishing his schooling, he joined the Missouri, University.

Chandler won the Division 1 NCAA All American honors and did his undergraduate degree in Personal Finance Management Services and minor in Real Estate.

Instead of focusing his wrestling career, he trained in the martial arts under Xtreme Couture and later his MMA debut against Kyle Swadley in a winning effort

He later joined American MMA promotion, Strike Force in 2009 and went on to debut against Richard Bouphanouvong and emerged victorious in his first match.

Chandler later joined  Bellator MMA in the fall of 2010 and won his debut match against Scott  Stapp and later transfer to the lightweight division.

Chandler successfully defended his title against Eddie Alvarez and lost the bout and title to him on November 2, 2013.

He later took part and later won the Bellator Lightweight Championship tournament and lost the title to Brent Primus.

At Bellator 192, he faced Brandon Girtz where he emerged victoriously.