Melissa Ghoston is the wife of Lloyd Pierce, an American basketball coach who currently stands as the head coach of the Atlanta Hawks of the National Basketball Association (NBA). The couple met in Cleveland, Ohio where they were both living at the time. As of 2020, it's been over five years of their marriage and has already a daughter as well as expecting their second child, due date in February 2021.

To know detail about Melissa Ghoston and Lloyd Pierce's love life: from their dating phase to engagement to wedding, read the article to the end.

Steakhouse bar in Cleveland, Ohio is the place where Melissa and Lloyd first met. At the time, both were living there, but there would be no chemistry until some time later. Later six months, the duo officially met and finally started spending some quality time together.

After four years of togetherness, living in three cities and their frequent flyer miles to see each other, Melissa relocated to Memphis, TN to live with Lloyd.

In 2014, Lloyd popped a question to Melissa in front of her childhood home. She said Yes!!

On 14th August 2015, Melissa Ghoston and Lloyd exchanged the vows at 5:30 Pm at Cescaphe Event Group’s Vie- Philadelphia, PA. The wedding was themed sunshine: attended by around 200 guests. 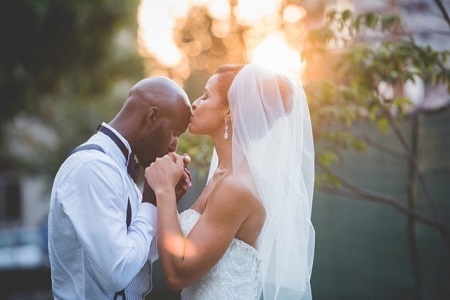 In the ceremony, the bride flaunted on a lace Allure gown accented with sparkling embellishments that shimmered all over but just in the right amount while the groom styled in the blueish suit. The newlywed couple flew to Italy for their honeymoon. 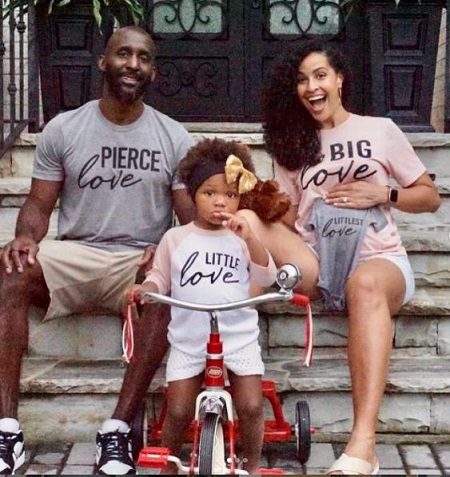 In 2018, the couple became parents following the birth of their baby girl. As of now, they are expecting a new member of the family.

Lloyd Pierce (11th May 1976, San Jose, California) is a basketball coach who currently serves as the head coach of the Atlanta Hawks. Earlier, he coached for the Santa Clara (assistant 2003-07), Cleveland Cavaliers (assistant 2007-10), Golden State Warriors (assistant 2010-11), Memphis Grizzlies (assistant 2011-13), and Philadelphia 76ers (assistant 2013-18). Not to mention, he has also played internationally.

Regarding his academic background, he graduated from Santa Clara University, earning a degree in business management. After that, Pierce was a special education teacher for Pinnacle Academy in Santa Clara and also served for a local financial services firm.

The head coach of the Atlanta Hawks of the NBA has an annual salary of $3 million. As of 2020, Lloyd's net worth is approximately $5 million. No doubt, the head coach and his living a lavish life. They have a million-dollar mansion as well as various cars. But they have maintained a low key profile when it comes to their financial aspects.