Jeongeun Lee is a rising South Korean professional golf player. She is currently playing in the LPGA Tour and LPGA of Korea Tour. Lee turned professional in 2015. Jeongeun won her first major championship at the U.S. Women's Open. She has won eight professional titles in her short career.

Jeongeun Lee was born on May 28, 1996, in South Korea. She is the daughter of Jung Ho Lee and his wife. Her father was left paralyzed after a serious accident when she was four years old. Lee stands five feet and five inches tall and weighs 65 kg.

Jeongeun Lee has an estimated net worth of more than $2 Million. Lee has accumulated most of her net worth through her prize money in LPGA events and sponsorship deals. A golf player does not need to win an event to earn prize money. Rather they earn as per the score at the end of the series. She has already made $234,810 in the ongoing season of 2021. 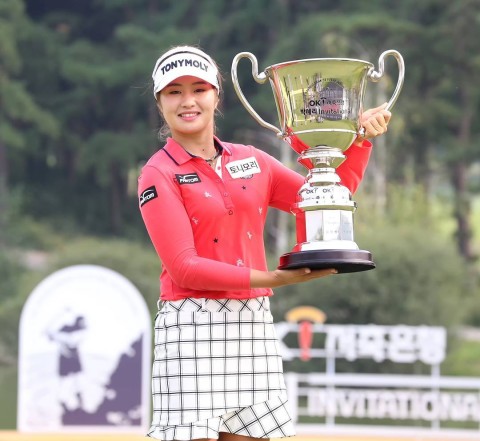 Jeongeun made her KLPGA debut in 2018 and earned a handsome amount through her prize money. The following season, Lee made $2,052,103 from twenty-five events. She crossed the $2 million mark in career earnings in her rookie campaign. She completed the season with a victory and nine additional top-10 finishes, including three runner-up performances.

In 2020, Jeongeun made $220,495 while appearing in just five events. She notched a season-best finish of T6 in her title defense at the U.S. Women's Open. Lee is very much early in her career and shall be making more in the days to come. Totaling her prize money, It sums to $2,549,854.

Lee made her LPGA debut in 2017 and made eight appearances in the following season. Jeongeun came to the spotlight in 2019 after winning the U.S. Women's Open by two strokes over Ryu So-Yeon, Lexi Thompson, and Angel Yin. She peaked her career ranking of No.7 in 2019. The Korean player was named the LPGA Rookie year of the Year at the end of the season. As of 2021, Lee is ranked at No.25 in World Golf Ranking.

Lee is an active social media user and keeps sharing many pictures of her vacations, games, and training. However, She has not shared a word about her relationship status and her love life. Jeongeun is believed to be single as of 2021. She must be focused on her career rather than spending time with people.