McLeod Bethel-Thompson is an American football quarterback who has been playing for the team of the Toronto Argonauts since 2017. Bethel-Thompson played college football at UCLA and Sacramento State. Furthermore, his professional career started with the team of the San Jose SaberCats. After that, he played for various teams, including the San Francisco 49ers, Sacramento Mountain Lions, Miami Dolphins, and Minnesota Vikings.

McLeod John Baltazar Bethel-Thompson was born on July 3, 1988, to his parents, Patricia Thompson and Mark Bethel. He is a native of San Francisco, California, who was raised alongside his siblings Cassady Bethel-Thompson and Dylan Bethel-Thompson. The 33-years-aged player is the grandson of the late American shot putter, Wilbur 'Moose' Thompson.

Moreover, Bethel-Thompson holds an American nationality and belongs to mixed ethnicity. For your information, he is of Scottish and Salvadoran descent from his grandmother's side. Talking about his physical appearance, Bethel-Thompson is a tally guy and stands at an amazing height of 6 feet 4 inches.

Take A Look At His High School & College Career

The 6 feet 4 inches tall player attended San Francisco's Balboa High School and graduated in 2006. In high school, Bethel played football, basketball, and baseball. From this, it becomes clear that he was interested in playing various games from a young age. He had received some honors for his performances. Bethel-Thompson was the City's Football Player of the Year in 2006 and its Back of the Year in 2005. 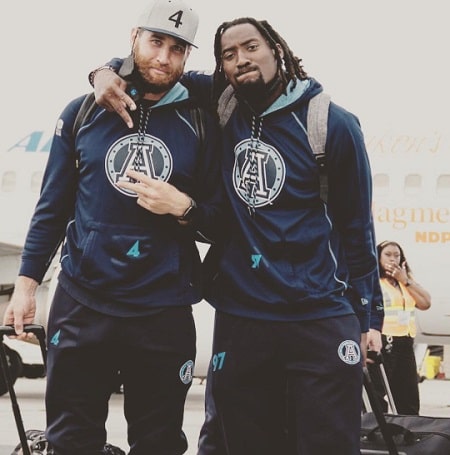 Likewise, he had participated in some games. In 2004 and 2005, the quarterback led his team to the Turkey Bowl, the City's annual championship, held on Thanksgiving Day in Kezar Stadium. Talking about his college career, Bethel-Thompson shared the Bruins' quarterback duties in the 2007 season after a redshirt year at UCLA in 2006.

Furthermore, he began in the 2007 Las Vegas Bowl, where the Bruins lost to BYU. And Bethel saw action in five games for UCLA in 2007, completing 23 of 55 passes for 293 yards, with one touchdown and five interceptions. From 2008 to 2010, he played at Sacramento State. He appeared in 12 games during that time, finishing 113 of 197 passes for 1,322 yards, with seven touchdowns and eight interceptions.

Bethel's professional career began with the San Jose SaberCats of the Arena Football League. During three games played, he completed 20 out of 43 passes for 220 yards, three touchdowns, one interception, and two rushes for 24 yards.

And his NFL career started when he played for the San Francisco 49ers for a short time. And it was predicted to be the third-string quarterback for the 49ers after Josh McCown was missed but was later cut himself. Bethel made headlines on the internet when he signed a contract with the Sacramento Mountain Lions on September 3, 2011, and ended up starting the last two matches at quarterback over Colburn. 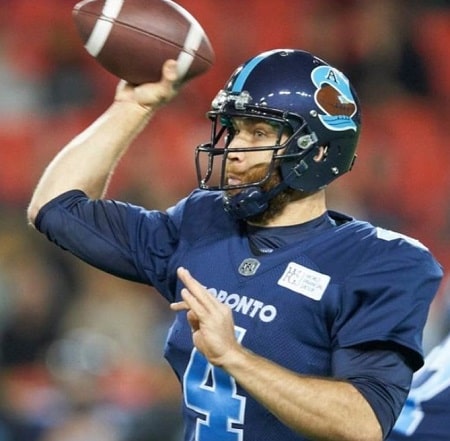 On November 26, 2013, he was put on waiver by the 49ers, then signed to the practice team a day later. In the same way, he played for the Philadelphia Eagles. On September 20, 2016, Bethel was signed to the Winnipeg Blue Bombers' practice roster and was released by the team on October 19, 2016. On May 23, 2017, he got signed with the Toronto Argonauts of the Canadian Football League, and since then, he has been playing for this team.

McLeod Bethel-Thompson Salary and Net Worth 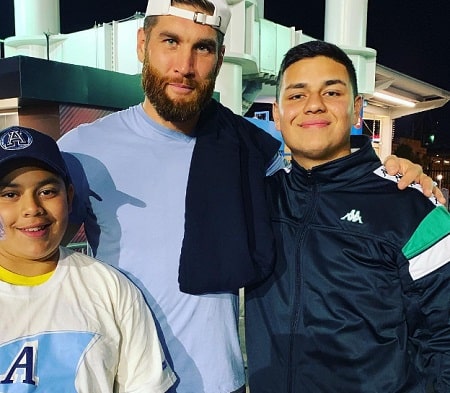 Considering this fact, we can say that his net worth is around $700,000 to $800,000. No doubt his income will rise in the future as Bethel is still playing actively for his team. Before joining his current team, Bethel played for some other teams too. So, from there, he might have taken home a fair profit.

Who Is Bethel's Wife?

According to his Wikipedia bio, Bethel is currently in a relationship with his long-term partner Chinaka Hodge. Despite dating each other for many years, the pair has not yet shared anything about their marriage. So, both of them might be focusing more on their career now.

Not to mention, Bethel's partner, Hodge, is a renowned American poet, educator, playwright and screenwriter. For her amazing work, she has also earned various honors and awards. She is also engaged in the musical field and is a founding member, along with Daveed Diggs and Rafael Casal, of a collaborative hip hop ensemble named The Getback. 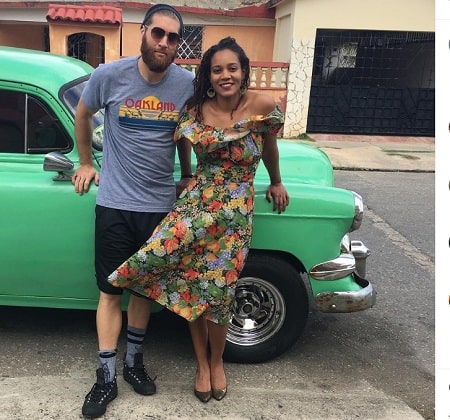 Talking about her early life, she was born in 1984 or 1985. So, her current age is 37 or 38. Meanwhile, Bethel and his partner have an age gap of around four or five years. The couple mainly prefers to live a low-key life, so there is very little information about their love life as they have kept it private.

Bethel-Thompson is a verified user of Instagram, and we can follow him as @mcleod_outloud. At the time of this writing, he has gained over 2k followers. From his IG account, Bethel shares photos of his games and his lifestyle.

Besides that, Bethel is not much active on other social media platforms. But there is an account under his name on Twitter, but it does not appear to be his official account.