American descent athlete Damone Clark is an eminent football player by profession. He is a football linebacker for the Dallas Cowboys of the National Football League(NFL). The American nationality started playing football professionally in 2016 from his high school days. He is one of the popular faces in the American football business.

Damone Clark, the linebacker for Dallas Cowboys, is a 2022 NFL drafted linebacker who got picked in the 5th round by the Cowboys. He was the 176 pick in the overall 2022 NFL Draft. After high school, Clark represented and reserved to playing his three years of college career for Louisiana State University. He was also a member of First-team All-Sec 2021.

The ex LSU linebacker Clark is of the American race with American citizenship. Clark was born on 28 June 2000 in southern Louisiana, New Orleans. As per the astrologers, he is born with Cancer as a sun sign. Talking about his age, the athlete is just 21 years old as of now. He symbolizes himself in the match wearing jersey no—53 for the Dallas Cowboys. His roster status is active. Clark also loves watching series, playing PS4, touring and exploring unique locations. Presently, the American international is vying in the National Football League as a linebacker for Dallas Cowboys. 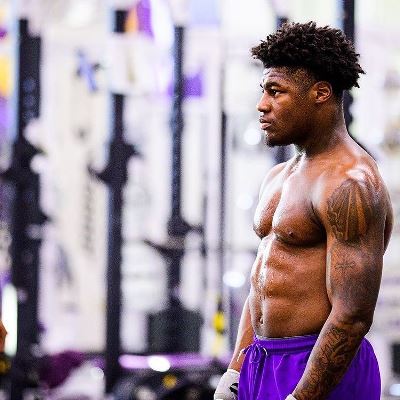 The 21 years old linebacker is a black man who was raised and spent most of his childhood days in a black neighborhood in Louisiana. Damone Clark is a linebacker with a height of 6 ft 3 inches or 1.91m and weighs over 245lb 0r 111kg. He has a well-maintained ripped body with tattoos on it. The linebacker is a health-conscious individual and is seen working out regularly. Further description, Clarks is born with dark skin complexion, black eyes and short curly hair.

The 6 ft 3 inches,111kg shredded linebacker Clark belongs to the Black ethnic community. He was born to his father, Damon Clark and mother, Katie Clark. Both of his parents are natives of America and hold the American citizenship card. Domane Clark, the 21 years old rising footballer, is not the only son of his parents. He has two other siblings, but their facts stay unknown to the public. His parents are originally from New Orleans but resettled to Baton Rouge due to Hurricane Katrina when he was five years old. His parents followed and practiced the Christianity religion. 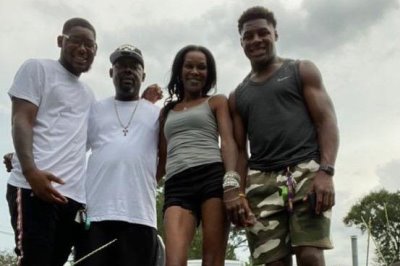 Despite being born into a well economic family, they faced financial problems when Hurricane Katrina hit them in 2005. However, Clarks' father somehow tackled the situation and moved on. Despite his situation at that time, Clark's father was never behind in fulfilling his son's interests and desires. The Cowboys linebacker showed his interest in sports, and his parents encouraged and guided him to do what he loved. Their family is his greater inducement and staunchest supporters.

After relocating to Baton Rouge, he studied his primary level at some local Louisiana schools. Later on, he attended to study for his high school education at Southern Rogue University. He was too much into sports; as a result, it had an adverse effect on his study. After completing high school, he committed to attend Louisiana State University in 2018.

His academic level was average because of his most involved in sport, i.e., football. He graduated from LSU in 2021. However, the specific subject he graduated in is still not disclosed yet.

Clark, the 21-year-old footballer, is a man with an impressive pace, tackling ability and tenacity. He had a keen interest in sports, especially football, since his early days. During his high school tenure at Southern University Laboratory School, he recorded 48 tackles, five tackles for loss and four sacks with interceptions in his junior season. In 2018, Clarke joined Louisiana State University on a scholarship. Clark played 12 games in freshers as a serve linebacker behind started Devin White. 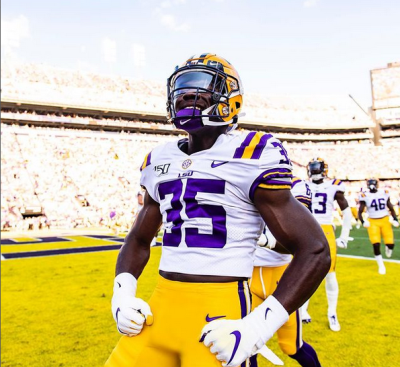 The 2019 CFP national Champion appeared in all 15 games in his sophomore year with three starts. He had 49 tackles and 3.5 sacks. With LSU, the Cowboy's star player won the 2020 College Football Play-Off Championship. The 21-year-old former Louisiana linebacker was also trying for the NFL. His dream of playing in the NFL was accomplished in 2022 when the Dallas Cowboys drafted him in the 5th of the 2022 NFL Draft. Damone is still yet to make his debut from the Cowboys.

How much salary does he get as a linebacker for Dallas Cowboys?

The 21 years old rising footballer Damone Clark just began his professional career in recent years only (2022). He is still in the early phase of his career and has a lot to work on. He just got drafted into the NFL, so he has yet to make a million shortly. He didn't acquire an income playing football during his career. But now, as a linebacker for the Dallas Cowboys, he nets a whopping annual wage of $9,75,638. The Louisiana-born athlete is among the highest-paid linebackers drafted in the 2022 NFL Draft. As per the sources, Clark's net worth is assumed to be $1Million.

On top of that, he also credits banknotes in his account through his sponsorship, commercial ads, endorsement deals and brands. Regardless, he never reveals the income he generates from such deals.

Damone, the Dallas Cowboys, Jersey number 53, is also a fashion enthusiast. He loves wearing jewelry and brands clothes and sneakers. He has quite an impressive sneakers collection. At the moment, he resides in an outlandish Life with his daughter.

2022 NFL Draft 176 pick Damone Clark is a reserved person. He hardly shares his details. Being a revered personality, Clark prefers to keep his Love Life and relationship status low-key; as a result public is unaware of his matters. Surely, he had been previously in relation with the partners, which is still a mystery. 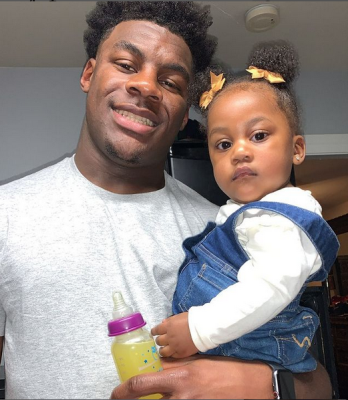 He had a cute baby daughter from his previous relationship who kept sharing her picture on his Instagram account. He perhaps might raise her daughter as a single father. No rumors and gossips about his Love Life are available, so, as of now, he is believed to be single.

Who is his daughter's mother?

Keeping in mind, Clarks is a private personality who chooses to keep his details to himself. Likewise, he has kept his daughter's mom very suspenseful. There might be a reason for doing that. Till now, he hasn't spoken anything about it. We will keep the tabs and update you on this as soon as possible.

Likewise, his Twitter handle is @Clark_Damone. Via these, he keeps his fan up to speed on his sports news and daily happenings. The Orleans boy utilizes his social media account as a medium for promoting his sponsors and brands.

At Playerswiki you may read other athletes' bio, news facts and gossip