Mayanti Langer was born on the 8th of February 1985 in New Dehli, India. She was born to her father, Sanjiv Langer, a retired Indian Army Personnel, and her mother, Preminda Langer. A beautiful sports journalist grew up with her brother Avalok Langer in the streets of New Delhi.

Despite being born in New Dehli, Mayanti's family shifted to the USA, where she grew interested in football. After several years in school and college, Mayanti was included in the college football team and later became the anchor for a broadcast of FIFA beach football.

Later seeing her success in the FIFA beach Football, STAR India's journalist was given a spot as a host for the Football cafe in Zee Sports, which led her to boost her career. Since she was involved in the commentary, interview, half-time, and post-match shows, she soon became the anchor on the Zee Sports for the Nehru Cup. 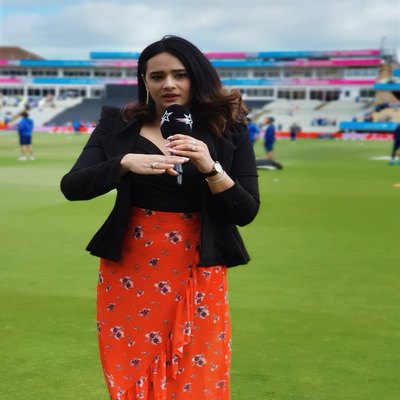 Married Life of Mayanti Langer; Who is her Husband?

Aside from her professional career as a host, journalist, and analyst, STAR India Journalist Mayanti is married. Mayanti married Stuart Binny, a former Indian Cricketer who has played One Day Internation, Twenty20 International, and tests.

After dating for several years, Mayanti and Stuart married in 2012 and are now blessed with a beautiful child in September 2020. The couple has often been seen spending quality time with each other. Mayanti Langer with her Husband Stuart Binny and her son SOURCE: [email protected]_b.

Mayanti is a family girl and has always been there for their family and spent quality time during her vacations. Her Instagram has been filled with photos of her husband and her son. Mayanti has been balancing her family and her professional career side by side.

STAR India journalist Mayanti has been one of the successful and hardworking anchors who has been seen anchoring several competitions and leagues, including FIFA World Cup broadcast Commonwealth Games and ICC Cricket World Cup.

So, we might assume she has collected some good fortunes to date. 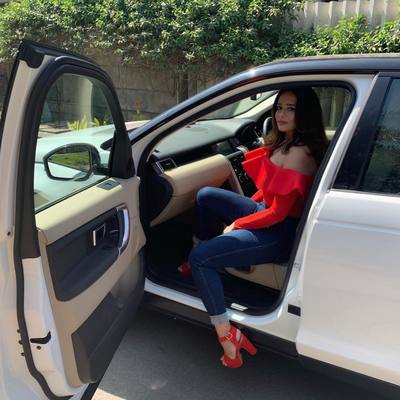 Mayanti, too, has been in a paid partnership with the landrover, which has boosted her salary and networth.

As of 2021, Mayanti salary is estimated to be around INR 30 Lakhs per year as her main source of income has been anchoring.

There is more to come for this beautiful lady, Mayanti lives a luxurious life, and her networth is estimated to be $1 million approximately.

Her Instagram has been filled with all her professional and private life Mayanti's Instagram goes by mayantilanger_b.