Max Johnson is a professional American football player currently playing Texas A&M Aggies as the quarterback. Before joining Texas, he played for LSU until his sophomore season. He fished his high school career at Oconee County High School in Watkinsville, Georgia.

He recorded 85 receptions for 2,143 yards and 30 touchdowns in his early years at Oconee County High School. Johnson was named the Georgia 4A Player of the Year and was rated four-star recruit to play college football.

Max Johnson was born on July 25, 2001, in Irvine, California, United States, and his birth sign is Leo. His father's name is Brad Johnson, a former American football quarterback who has played National Football League with different professional teams.

Johnson is very close to his mother, Nikki Johnson, a standout volleyball player in South Florida. He attended Oconee County High School, where he started playing football as a quarterback trained by his uncle Mark Richt. 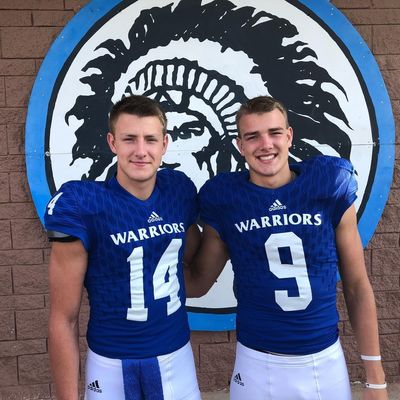 He grew up with his brother Jake Johnson playing football in the backyard of their house. 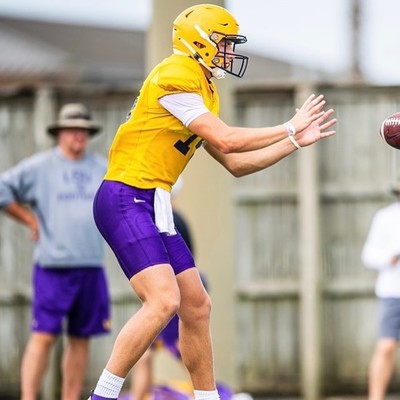 Max Johnson during his training with Texas A & M. SOURCE: [email protected]_johnson_14

Johnson is currently in her senior year at  Louisiana State University. He has been making money from endorsement, Sponsorship, and social.

The Aggies quarterback has been awarded Georgia 4A Offensive Player of the Year and a four-star recruit to play college football. He is early in his career, and more is to go for him.

As a college football player, he has aided his scholarship, accommodations, and flooding and is estimated to have a net worth of more than $200,000.

Who is Max Johnson dating? (Affair and Girlfriend)

The rising football player seems to be single as of early 2022. He is an active social media user, but he has zipped about his relationship status. The player is seen busy with her professional life and with his family. There are no pictures or sources that reveal that he is dating someone in the past.

He has been focusing on making her career rather than spending time with people, and she is in the initial phase of her career.

Johnson is highly active on social media, especially Twitter and Instagram, and loves posting about his life's journeys.

The Aggies' quarterback's Instagram goes by max_johnson_14, followed by 21.5K followers, where he posts about his professional life and private life.