Max Abmas is a rising American college basketball player. He has played in the NCAA Division I, Summit League for Oral Roberts Golden Eagles. Abmas players as a Point Guard/Shooting Guard for his team. Max was selected as the NCAA season scoring leader in 2021. He was named into First-Team-All-Summit League and was Player of the Year.

Max Abmas was born Maxwell Abmas on April 2, 2001, in Rockwall, Texas. He is among the three children born to Troy Abmas and his wife, Erika Abmas. He has an older brother Maison Abmas and a younger sister Mya Abmas. Max graduated from Jesuit Dallas High School and enrolled at Oral Roberts. Abmas stands six feet and one inch tall and weighs 75 kgs (165 lb).

Max started playing basketball from a very early age along with his siblings. As a senior year, Max averaged 19.1 points and 3.7 assists per game. He was named District 9-6A co-MVP. Abmas competed for 3-D Sports on the Amateur Athletic Union circuit. After graduating from High School, Max received numerous scholarships from Army, Navy, Air Force, Marist, and Oral Roberts. He committed himself to play for the Oreal Roberts University.

In his sophomore year, Max won Lou Henson Award. He was named as the Summit League Tournaments Most Valuable Player. Abmas became the first player to score at least 25 points in each of the first three rounds at a single tournament since Stephen Curry at the 2008 NCAA Tournament. After his sophomore year, Max decided to forgo his junior and senior years and declared his 2021 NBA draft. Still, he will maintain his college eligibility and retain the option to return to school.

Who is Max Abmas Dating? Know About His Girlfriend

Max is very much early in his career. He must be focusing on making it into the NBA rather than spending time with people. Abmas must be single as of May 2021. Abmas Instagram timeline shows that He is very close to his family and his friends. The player keeps sharing photos of his games and his friends.

Does College Pay For the Players? Know About His Net Worth

As per the rules, no player will receive any form of cash and prize money to represent the university sports team. Universities offer them athletic scholarships that will help them to cover most of their expenses. 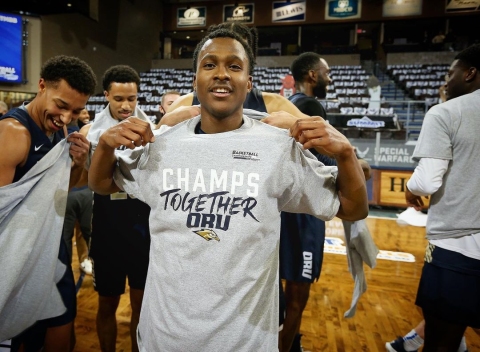 Max is going to start his professional career. The average salary of an NBA rookie player is more than $1 Million. Abmas is one of the top-ranked players to list his name for the upcoming draft. Also, Basketball Players make huge sums through several deals like advertising and endorsement deals.