Matty Stuart Cash, professionally known as Matty Cash, is an England-born Polish soccer player competing in the English Premier side with Aston Villa F.C. He serves as a winger and full-back for Aston Villa and Poland's national team. He is also a former player of Nottingham Forest and Dagenham, and Redbridge. Moreover, Matty is one of the most gifted rising footballers in the present context.

Matty Cash, the Aston Villa Full-back, is a player with dual nationality of Poland and England, born on 7 August 1997 in Slough, England. He is 25 years old and a right-footed player born under the zodiac sign Leo. Concerning his body stature, he is a tall, good-looking player with a height of 6 ft 1 inch. He has a fair white skin tone and a well-maintained body shape weighing 64 kg.

Insight on his family facts

Matty was born into a superior family of a footballing background. He prominently spent most of his childhood days in Iver, England. Matty even worked in a departmental store before joining Forest academy. Stuart Paul Cash is his father, a former Brentford left-back and Aldershot town's assistant coach. But he has relatively kept his mother's name, and the job is hidden. Not to mention, his father is an English man, while his mother is of Polish descent. Due to his mother's origin, he got his Polish citizenship card on 26 October 2021. Most of the Cash family members are into football. Notably, he has one brother and a sister. His brother Adam is also a footballer who is associated as a coach at the school level. Huge credit goes to his father; he has succeeded in making his sons' successful players. His sister's name is Hannah Cash. On his official Instagram account, @mattycash622, we may see several photographs of his family. Also, all his soccer-related news is disseminated through Instagram.

Review of his Professional career

Matty Cash, the England-born Polish national player, kicked off his soccer journey in 2010 at age 13, enrolling in Wycombe Wanderers youth system, the English league one team. Likeswise, he moved to FAB Academy, where he spent just 16 months, and later to Nottingham Forest in 2014. After his two-year career in Nottingham, he earned his promotion to Nottingham Forest in October 2018. Unfortunately, shortly after joining the club, he was compelled to join League two club, Redbridge, due to financial problems. 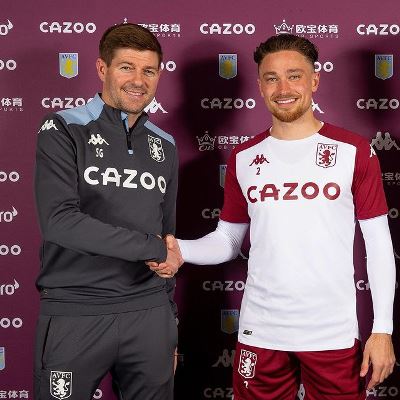 On 5 August 2016, Matty agreed on a three years deal with Forest until 2019. His debut match for Forest was against Burton Albion. He also suffered a fracture to his tibia on 11 September 2016 against Aston Villa, keeping him away from soccer. Afterward, he extended his contract with Forest until 2021, on 3 March 2017. After playing in 129 games for Forest, he joined Aston Villa on 3 September 2020 with the fee of €14 million for five years signing a contract. He made his Villa debut on 21 September 2020 against Sheffield. His first goal came in a match with Chelsea. Notable, he extended his contract with Villa on 4 April 2022 for five years. To date, Cash has four goals in 72 games in his record.

Globally, he represents Poland despite being born in England. Due to the high competition for the English team; consequently, he decided to play for his mother nation (Poland). After his application got approved, he made his first Polish national team presence in November 2021. For Poland, he made his international debut against Andora on 1 November. Till now, he has just completed his presence known in seven games, scoring one goal to his tally.

His net worth and yearly earnings Apart from that, he has been linked with several brands and companies. As an upshot, involvement with such cooperation accumulates sufficient revenue into his bank balance. Under Armour endorsed him. He is facilitated with good financial incentives and quality soccer kits and boots for his contribution to the brands. Also, he has an impressive sneaker collection worth thousands of dollars which he flaunts on his social handle.

After separating from his four years of beautician and influencer partner Sophie Draper, he is now dating Love Island's Kady McDermott. They have been together since July 2021. It has been more than a year since the lovebirds have had a healthy relationship. The duo met in Portugal when Cash was on pre-season training there. Since then,n they started chatting and knowing each other,r which ended up in a relationship later. 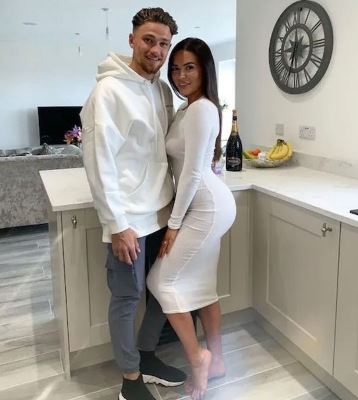 They are frank about their love life to the public. What is more, the couple is often spoted in numerous public events. Observing his shots on thier meida outlets, they seem to be loving each other's companionship and enjoying their love life.