Matthew Tkachuk is an American professional ice hockey player who plays in the National Hockey League(NHL) for the Calgary Flames as their Left Wing. The 6th overall pick of the 2016 NHL Draft, Tkachuk earlier played for the London Knights of the Ontario Hockey League.

As a Left Wing, Tkachuk reportedly earns around  $832,500 as his yearly salary from Calgary Flames and his net worth is reported to be about $1 million.

Matthew Tkachuk's Net Worth and Salary

As of 2019, Matthew Tkachuk has an estimated net worth of over $1 million. He reportedly signed a three-year contract worth $5,325,000 contract with Calgary Flames. Moreover, the highest-paid player of the team is Johnny Gaudreau who has an annual average salary of around $6,750,000.

Kept aside Matthew Tkachuk's financial earnings, his personal assets include home and cars. He also earns a good amount from various sponsorships.

Matthew is at the beginning of his career, so he might be focusing on his professional career. He is a career-focused man and stays far from controversies. By looking at his official social accounts, it can be said that he is not married.

Other than being a famous NHL Left Wing, Matthew Tkachuk is pretty famous in social media. The Famous NHL star is 6 feet 2 inches in height and weighs around 95 kilograms. Matthew Tkachuk is not only a world-class athlete but also has a very attractive individual.

Matthew Tkachuk was born on December 11, 1997, in Scottsdale, Arizona, the United States to parents Keith Tkachuk and Chantal Oster. As per his nationality, he is American and belongs to the White ethnic group and grew up along with his siblings, Taryn Tkachuk, Brady Tkachuk.

Best looking family out there

Matthew Tkachuk attended Chaminade College Preparatory School where he played for his high school ice hockey team. In addition to this, his father Keith Tkachuk also played hockey in the NHL and is also the U.S. Hockey Hall Of Famer. During his school life, he was in the same gym class alongside Jayson Tatum of Boston.

Tkachuk started his NHL career after being drafted in the 2016 NHL Entry Draft by the Calgary Flames and scored his 1st goal against Buffalo Sabres. Later on, he was suspended for hitting Drew Doughty in his face in the 2017 season. 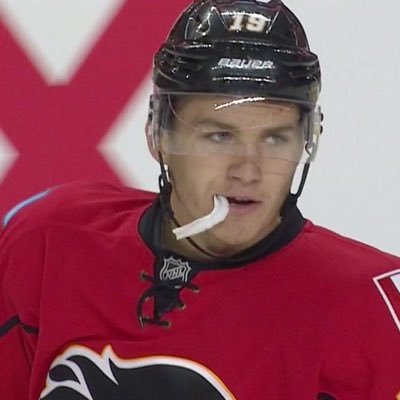 In the 2018-19 season, he was named the alternate captain of the team alongside Mikael Backlund and Sean Monahan.