Keith Matthew Tkachuk a.k.a. Keith Tkachuk is an American former professional ice hockey player. He played 19 years of NHL career with Winnipeg Jets, Phoenix Coyotes, St. Louis Blues and Atlanta Thrashers. He retired in 2010. He is the only five American-born players who score more than 500 goals and 1000 points in NHL career.

Regarded as one of the greatest US-born players in NHL history, Tkachuk was born on March 28, 1972, under the star sign Aries. The forty-seven years holds an American nationality who came from a white ethnic background.

How Much Is Keith Tkachuk Net Worth In 2019? Know His Career Earnings 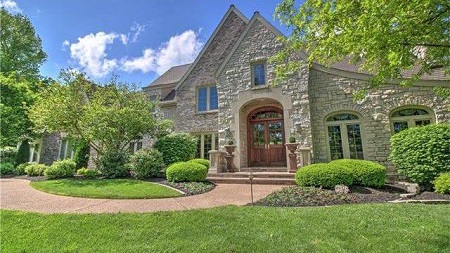 Keith Tkach is a married man. He tied the knot with his longtime girlfriend Chantel Oster, on 28th February 1997. Since getting wedded, the lovely couple is living happily together. They have three children together Matthew, Braeden, and Taryn. 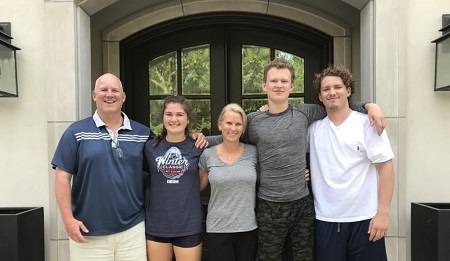 The Tkachuk family SOURCE: The Athletic

Among three, Matthew and Brady and have followed their father steps and currently play for the Calgary Flames and the Ottawa Senators, respectively

Keith Tkachuk has a great physique. He has a perfect height of 6 feet and 2 inches, which is around 188 cm. Recent updates about his life and bio can be taken from Twitter.

Apart, his favorite team is St.Louis and he serves as an assistant coach for the St. Louis Blues Peewee AAA hockey team.

Keith Tkachuk is the son of John Tkachuk and Gerry Tkachuk. He is not the single child of his parents. Kevin Tkachuk and Mary Kay Tkachuk are his siblings. He is also the cousins of Jimmy and Kevin Hayes, current players of NHL with the Wilkes-Barre/Scranton Penguins and Winnipeg Jets respectively.

Keith Tkachuk played hockey at Malden Catholic High School in Malden, Massachusetts. Later on, he played one season collegiate hockey at Boston University. From 1991 to 1992, he was a member of the United States national junior team.

On Feb 29, 1992, he made his NFL debut with Winnipeg Jets. His first game was against the Vancouver Canucks, where he tallied in assists. In 1992-93 seasons, he appeared in 83 games and ended with 28 goals and 51 points. On Nov 3, 1993, he records his first hat trick against the Philadelphia Flyers.