Matt Yallof is an American sports commentator who currently works for MLB Network. Additionally, he is the regular host of the show "The Rundown" and also works for the shows "MLB Tonight" and "Quick Pitch." He first made his appearance for the MLB network on April 2017, hosting MLB Network Strike Zone every Tuesday and Friday.

As of 2019, Matt has an estimated net worth over $1 million, which is entirely generated from his professional career. Also, he is expected to earn between $30,144 to $181,825 as a salary. Besides, he is a married man, and currently, he is married to his wife Amy with whom he shares three adorable children.

Matt Yallof Earnings; How much is his Net Worth?

As of 2019, Matt has an estimated net worth over $1 million. Reportedly Matt is expected to earn between $30,144 to $181,825 as a salary, working for MLB network. However, we don't have any exact details about his salary. Moreover, sports announcers median wage is estimated to be around $75,000 in the United States.

Besides, he currently works for one of the famous Network which is well known for paying a good salary to its sportscaster. With the tremendous experience, we believe Matt has been earning above the average wage.

As per the Paysa, the MLB networks pay between $65,562 to $71,320 as a salary to its employee, depending upon the experience. Also, the median wage of the MLB network employee is estimated to be around $68,513.

Moreover, the details about Matt's career earnings and assets are not in the media yet. However, with all the references and assumptions, we can conclude that he has collected a decent fortune from his professional career.

Is Matt Yallof Married? Know about his Personal Life in details

Yes, Matt belongs to the married club, and he is married to his lovely wife, Amy. Additionally, the couple is a parent of 3 adorable children whose details are not in the media yet. The family seems to have a good bonding as they never fail to be with eachother when needed. 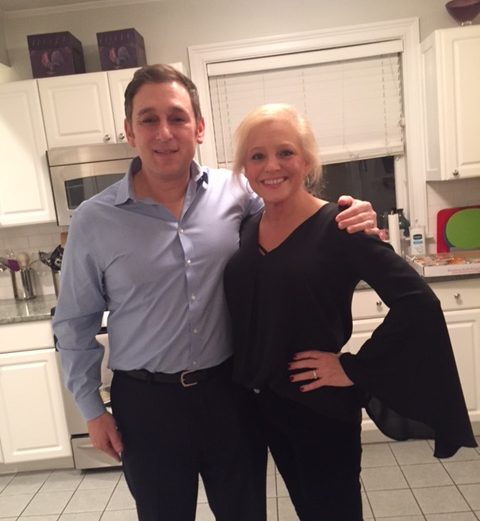 Matt, who had to go through a stroke, got a new life because of his wife. Matt, who was known for self-described worrier, chronically anxious person, had to spend a week in the ICU followed by a month in a rehab clinic.

Later, with the help of his wife, he went through physical, occupational, and speech therapy, which eventually gave him a new life out of nothing. 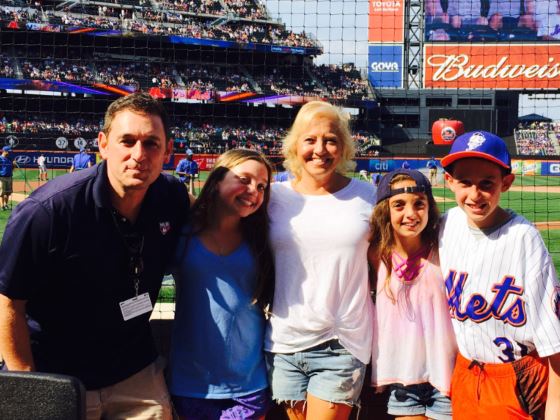 So this can be perfect about their strong bond, and importantly, the couple was never involved in th news about their divorce or separation. Moreover, the couple has maintained their life low profiled, and this might be the reason why we didn't get any information about their early relationship history.

Moreover, the details about Matt's body measurement, such as height and weight, are not in the media yet. However, for the pictures, we are convinced that he has a decent height and weight.

Matt was born on September 24, 1968. Moreover, the details about his parents and siblings are still out of the reach of the media. Further, Matt is an American native and belongs to the ethnic group of white. Also, Yallof was born under the star sign Libra.

As of  2019, Matt currently works as a sportscaster for the MLB network. Moreover, he is known for his appearances in the shows like "The Rundown," "MLB Tonight" and "Quick Pitch." Furthermore, he made his first appearance for the MLB network on April 2017, hosting MLB Network Strike Zone every Tuesday and Friday.

Before the MLB Network, he worked for the other networks like WKBW-TV in Buffalo, New York, CNN, and CNN/SI. Additionally, he also has won four regional Emmy awards while he was working at Comcast SportsNet Philadelphia.