Matt Tennyson is a professional ice hockey player who plays in the National Hockey League(NHL) for the New Jersey Devils as their defenseman. He also played for some other NHL teams including Buffalo Sabres, San Jose Sharks, and Carolina Hurricanes.

Matt recently signed a two years contract with the New Jersey Devils after he was left free agent by Buffalo Sabres. How much is the contract worth? What is his annual salary? Details below here.

How Much is Matt Tennyson Net Worth and Salary?

Matt Tennyson has earned a sum of around $5 million from his entire HHL career till date. Moreover, he also has a lucrative net worth which is calculated over $3 million as of 2019. He has been playing professionally for quite a long time.

Talking about his salary, he is currently receiving around $700,000 annually. In the previous season, he received a sum of around $650,000 as his annual salary in 2018. Apart from all this, he is currently playing under a two years contract worth $1.4 million signed on July 1, 2019.

Earlier, Matt was signed to a two years contract worth $1.3 million with the Buffalo Sabres. Moreover, he also played for Carolina Hurricanes in a one year $675,000 contract signed on July 3, 2016. 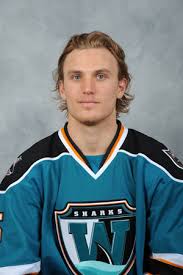 Furthermore, he signed his first NHL contract with the San Jose Sharks for two years worth of $1.25 million on July 10, 2014. As per some of the sources, Matt possesses some expensive assets like cars and houses.

Is Matt Tennyson Single or Married? Know about his girlfriend

Matt Tennyson is a dashing NHL star player who is currently not married to anyone. Besides, he is dating his gorgeous girlfriend with whom he spends a lot of time. Matt and his girlfriend Alex are together for quite a long time and they share a lot of beautiful moments together.

Matt is secretive in nature as he hasn't shared anything about his girlfriend Alex in the media. 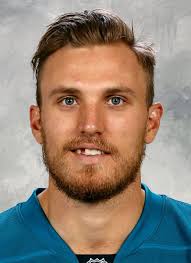 He never talks about his relationship in his interviews which clearly suggests that he loves to be behind the curtains. He is also a career-focused man and gives more importance to his career growth rather than love life. In addition to this, Matt's past relationship details are yet to be disclosed in the media.

Who is Matt Tennyson? Know about his childhood and Parents

Matt Tennyson was born as Matthew Thomas Tennyson on April 23, 1990, in Minneapolis, Minnesota, the United States. He had an awesome childhood with his siblings and was raised in Minnesota. He belongs to the white ethnic group and holds American nationality. 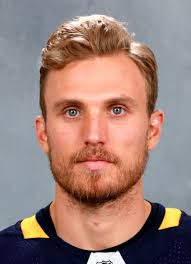 Matt Tennyson is a professional ice hockey player in the National Hockey League(NHL) for the New Jersey Devils as their defenseman. He also played for some other NHL team including Buffalo Sabres, San Jose Sharks, and Carolina Hurricanes.

He also played for the Worcester Sharks of the American Hockey League(AHL) and also for the Charlotte Checkers. Matt recently signed a two years contract with the New Jersey Devils after he was left free agent by Buffalo Sabres.