Pavel Zacha is a Czech professional Ice-hockey player who plays in the National Hockey League (NHL). As of 2019, Pavel Zacha currently plays for the New Jersey Devils as their Centre.

As a Centre, Pavel Zacha reportedly earns around $925,000 as his yearly salary from New Jersey Devils. Further, Pavel Zacha has an estimated net worth of over $1 million. Additionally, he is in a romantic relationship with his girlfriend, Gaby

Pavel Zacha Net Worth and Salary

His contracts and career earnings, including bonus and incentives:

Pavel is unmarried as per his marital status. However, he is in a romantic relationship with his girlfriend, Gaby Ghosn. Apart from the mentioned fact, further details about his girlfriend are yet to be disclosed in the media.

Happy birthday to my beautiful girl ????

Exploring one of his social media accounts, he regularly shares a picture of him along with his girlfriend, enjoying a vacation. So with the reference, we concluded that the couple is enjoying a smooth relationship. Further, there isn't any news of the duo getting separated in recent time. 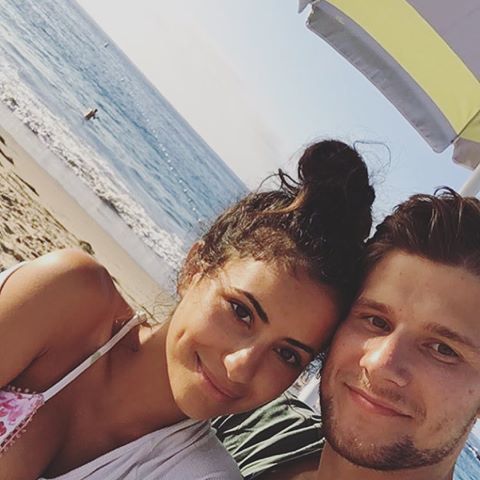 Additionally, the couple hasn't disclosed how they started their relationship and despite being in a relationship for long, they haven't disclosed the probable date of their engagement and wedding in the media yet.

Pavel Zacha was born on 6 April 1997, in Brno, the Czech Republic to parents Pavel Zacha and Ilona Zachová. As per his nationality, he is Czech and belongs to the White ethnic group. Further, his star sign is Aries.

Zacha was ranked eighth by the NHL Central Scouting Bureau for the 2015 NHL Entry Draft for North American skaters. The New Jersey Devils selected him in the sixth overall.

The Devils signed Zacha on 11 August 2015 on a three-year entry-level contract. On April 9, 2016, he made his NHL debut, recording two assists in a 5-1 win over the Toronto Maple Leafs.