Matt Duchene is a professional ice hockey player from Canada. He is currently playing for the Nashville Predators in National Hockey League (NHL) as a center-forward. Additionally, he is also an alternate captain of his team Nashville Predators. Moreover, he has represented his country Canada internationally and has won the gold medal in the 2014 Winter Olympics.

As of 2019, Matt has accumulated a massive net worth over $20 million form his professional career. Also, he is in a romantic relationship with his wife Ashley Groissaint. The details about his Bio, Personal Life, and Professional Career are discussed below.

Is Matt Duchene Married? Know about his Personal Life in details

Yes, Matt Duchene is a happily married man. Further, he is married to his long term girlfriend, Ashley Groissaint, on 8th July 2017. However, their dating history is still unclear to us. 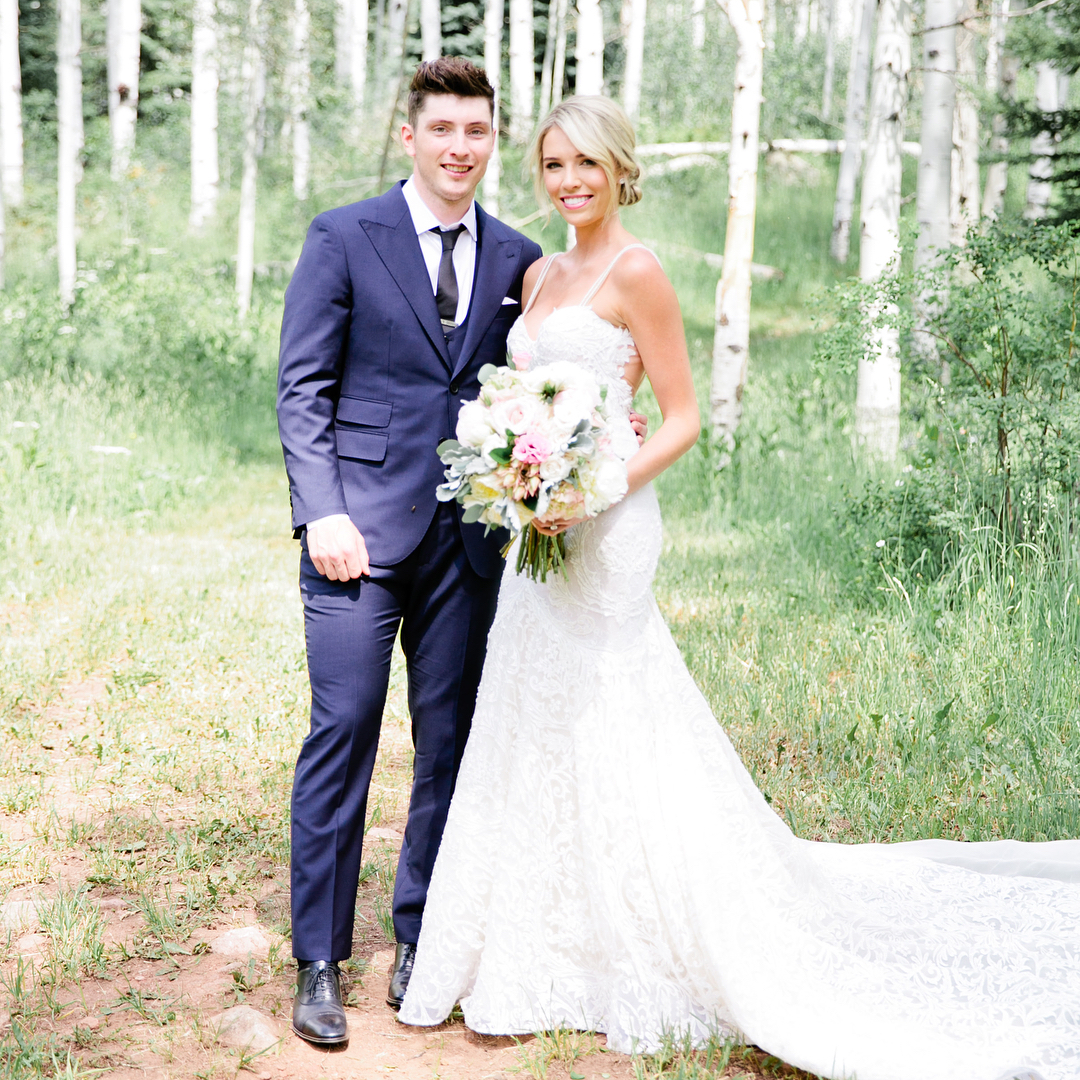 Matt Duchene with his wife in their wedding day SOURCE: Instagram

According to the sources, Matt proposed his spouse in Larimar Square, Denver on 6 May 2017. Moreover, the couple had planned their wedding since Feb 2017 and wanted to make their special day memorable. 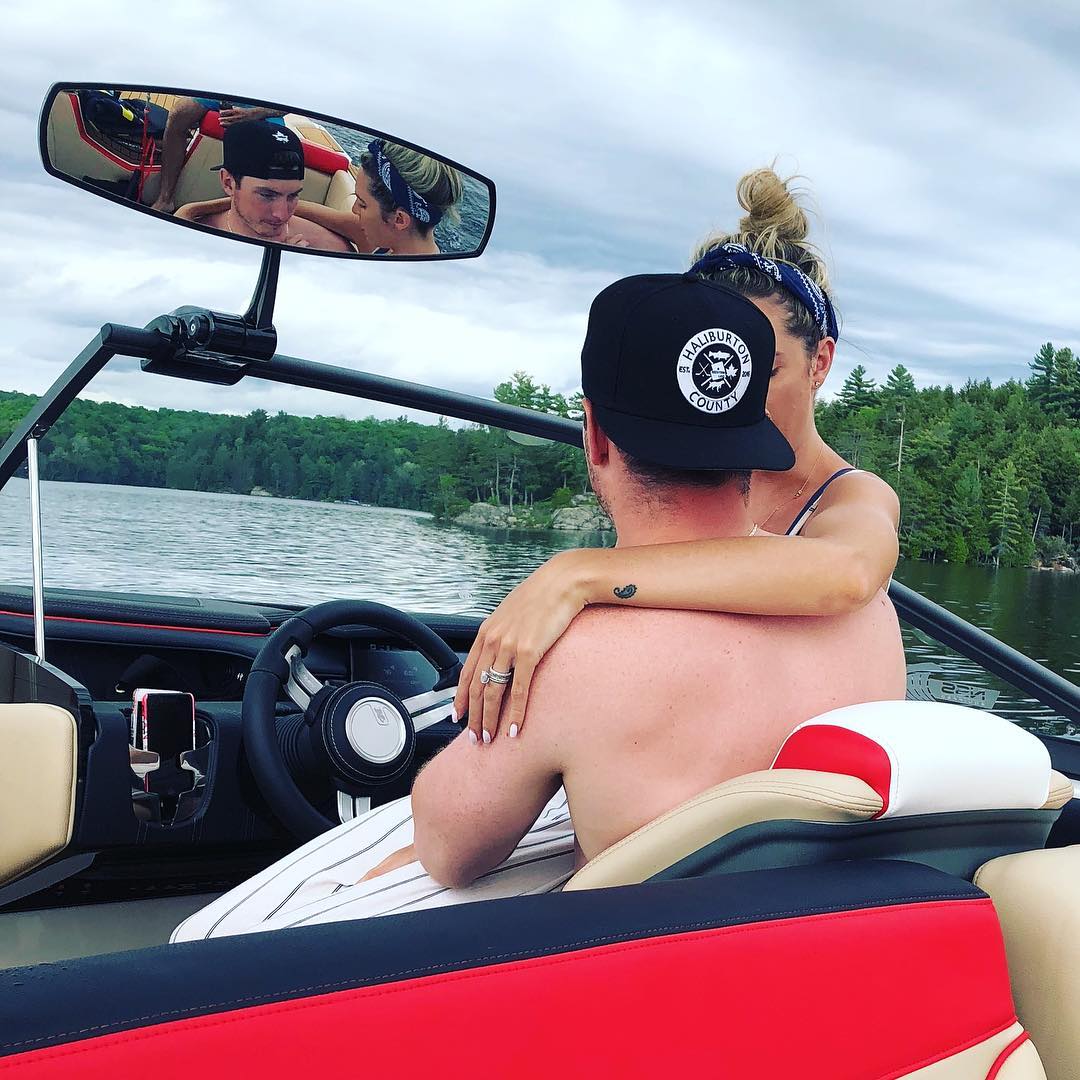 Matt and Ashley are enjoying parenthood as they have welcomed their baby boy Beau David Newell Duchene on 9th January 2019. Additionally, Matt adores his baby a lot and often managed to spend time with him. Moreover, his Instagram account is filled with the pictures of his son and wife which suggests that he is pretty much into his family. 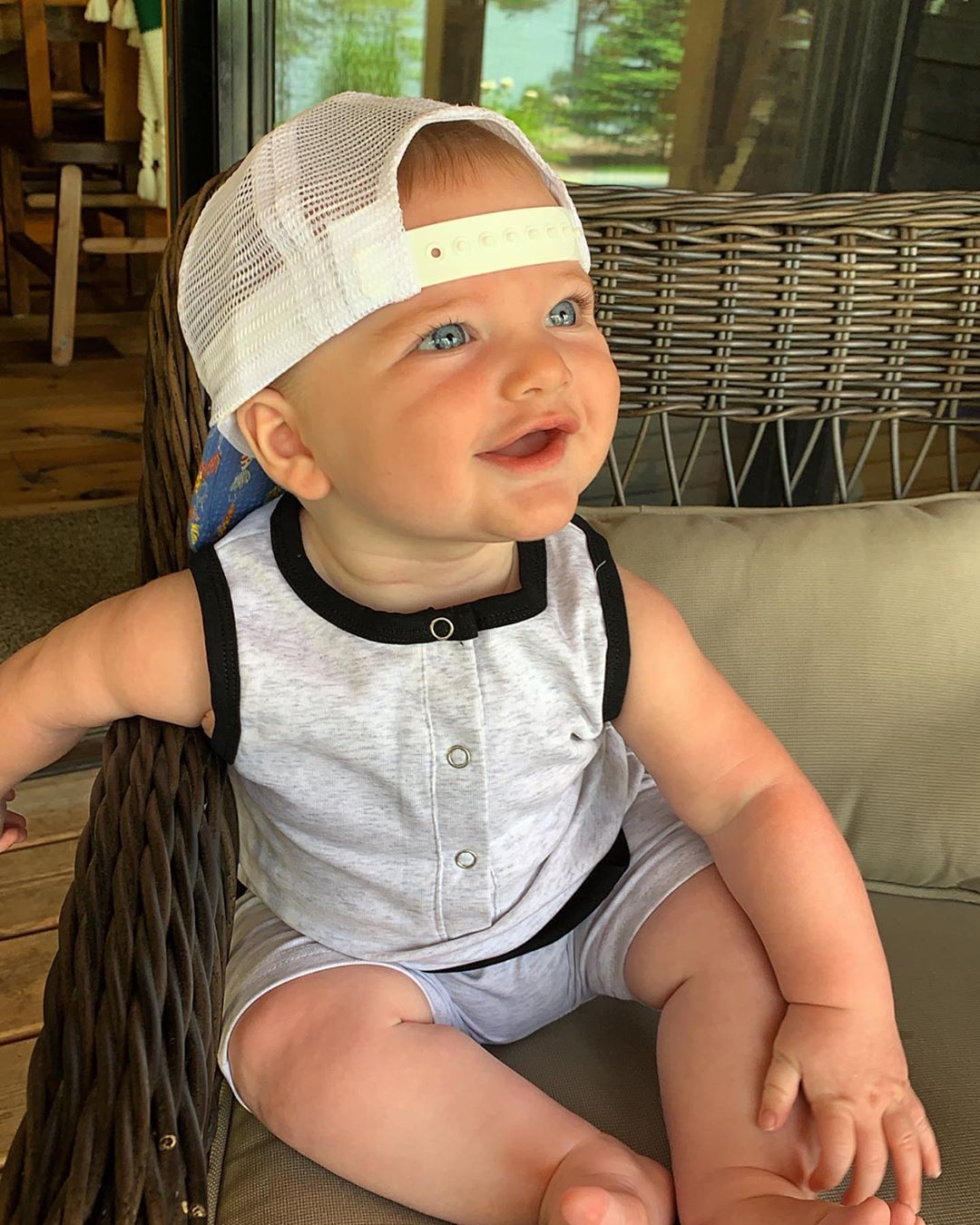 Also, they go on vacations and enjoy their romantic time with each other on a regular basis. Furthermore, the couple seems to be enjoying their life to the fullest and also the news about them getting separated or divorced is never surfaced in the media. 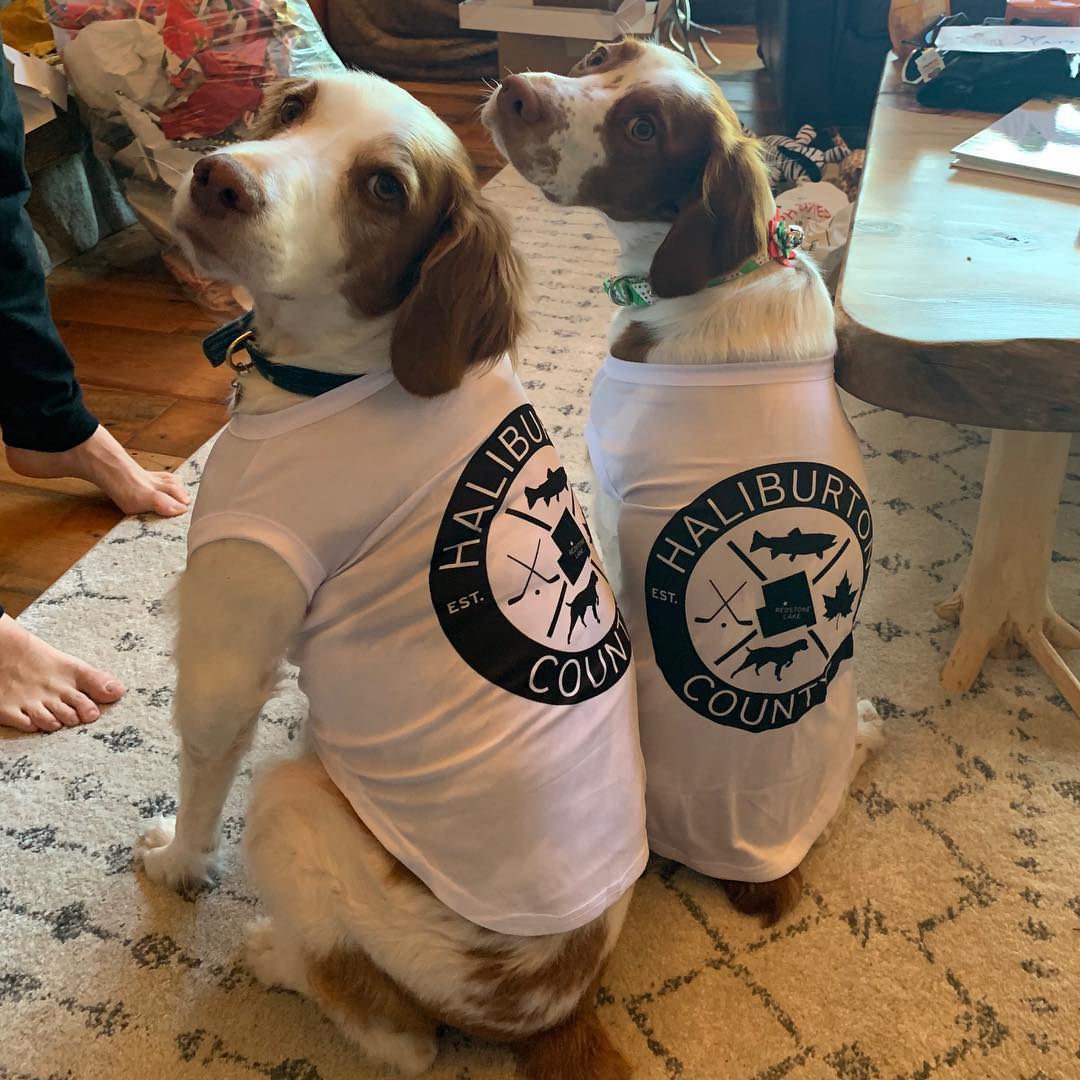 Matt has two pet dogs namely Paisley and Deacon respectively. Talking about his body measurements, his height is 1.75m and weight is 91kgs. Also, his eye color is blue and hair color is dark brown.

Matt Duchene Earnings; How much is his Net Worth?

As of 2019, Matt has collected $20 million as a net worth from his professional career. Moreover, he has accumulated $48,352,439 as his entire career earnings.

Besides the information about his brand endorsement is still undercover. However, he earns a significant amount of money from the deals.

Moreover, the information about his valuable assets like cars and house are not in the media yet. Make sure you visit us frequently until we come up with the detailed information regarding his assets.

Matt Duchene was born on January 16, 1991, in Haliburton, Ontario, Canada, to the parents Vince  Duchene and Chris Duchene. Further, he holds the nationality of Canada and has the racial background of the white. Also, his zodiac sign is Capricorn. Matt has a sister named Jess.

Talking about his educational status, he went to Turner Fenton Secondary School in Ontario and graduated from there. Besides that, there is no information about his college or universities but he has graduated from one because he started his career as a college player.

As of 2019, Matt currently plays for the Nashville Predators in National Hockey League (NHL) as a center-forward. Previously, he has played for the different teams like Colorado Avalanche, Ottawa Senators, and Columbus Blue Jacket. Matt made his debut on October 1, 2009, in NHL. His first goal was against Detroit Red Wings' goaltender Chris Osgood.

In his entire playing career, he played with the star players like Ryan O'Reilly, Ryan Dzingel, Roman Josi and many more. Matt is also a member of the Canadian national and has won the gold medal in the 2014 Winter Olympics.