Martin Koscelnik is a Slovak professional footballer who is signed to the Slovan Liberec and the Slovakia national team. Early in his career, the right-back played for Zemplin Michalovce (2015-2018).

How Much Is Martin Koscelnik's Net Worth In 2021? Salary & Market Value

Martin Koscelnik is currently playing for Czech First League side FC Slovan Liberec. Though his salary from the club is not disclosed, the average salary in the league is reported $300,000 per annum. Hence, Martin is believed to earn around the same figure.

Martin Koscelnik is in a relationship with Dominik Grecka for a long-time now. A former student at the UK Law School in Bratislava, she won Miss Slovak 2018 title and went on to represent at the World Miss World competition. 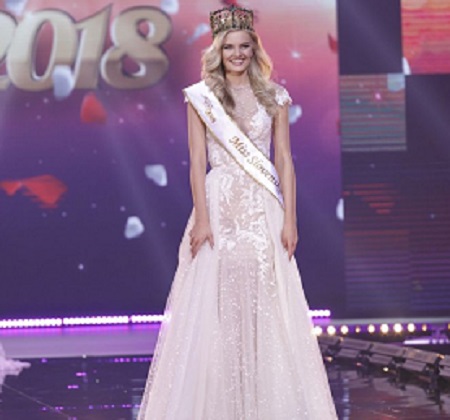 Also, Martin's girlfriend visits him during the match. However, none of them is active on Instagram. They have kinda maintained their relationship low-key.

In 2015, Koscelnik was promoted to the Zemplin Michalovce senior team, making his  Fortuna Liga debut against AS Trencin on 18 July 2015. However, he was replaced by Martin Regali in the second half. Overall, he played 114 matches and scored 20 goals for Zemplin Michalovce.

In 2018, Koscelnik moved to Slovan Liberec.

On 25th August 2020, Koscelnik earned his first call from Slovakia national team for the Nations League matches against the Czech Republic and Israel. He is named to the Slovakia squad for UEFA Euro 2020 alongside Tomas Hubocan, Lubomir Satka, and Juraj Kucka.