Marko Petkovic is a well-known football player who plays for the Indian super league club Kerala blasters. Being a native of Sremska Mitrovica, Serbia, FR Yugoslavia, Petkovic represents the national football team of Serbia at the national and international levels. And Petkovic has already made his debut for the senior team.

Being one of the most loved footballers hailing from Serbia, Petkovic surely makes a fair sum of money from his profession. Not only that, he has been playing football professionally for a long time and has also played for various teams.

It can be assumed that Petkovic's salary in his current team is impressive. In the past, Petkovic played for Red Star, and in that team, he came after receiving a transfer fee of around €200Th. Following his professional football career, some online portals have claimed that his net worth is about $500k. As the professional footballer has never shared his earnings info with the tabloids, we are unable to mention his actual fortune. According to Transfermrkt, Petkovic's market value is €300Th. Meanwhile, his highest value was €1.50m on November 11, 2014. Furthermore, Petkovic is one of the most prominent players on his team, who has assisted many victories and goals.

So, his skills and performances have surely helped him valuable fees. Having a reasonable sum of earnings, Petkovic surely lives a quality life with his family, but due to his private personality, we can't explore his lifestyle.

Is Marko Petkovic Single or Dating Someone?

As we said earlier, Petkovic is a private person. So, we are unknown whether he is single or has a girlfriend or wife. Like many other professional footballers, Petkovic also likes to stay away from media prominence.

As of now, Petkovic has not been involved in rumors, or none of the media outlets have shared information about his love life. Due to the lack of info, we can't say anything about his relationship.

At the moment, the Serbian professional footballer may be focused on his career rather than getting involved in a romantic affair.

More On His Football Career

Petkovic began his football career after signing a deal with OFK Beograd in 2010 and made his professional debut for the senior squad in the 2010-11 season. With the team of OFK Beograd, Petkovic appeared in a total of 67 games and also scored one goal.

After that season, Petkovic went on to play for Red Star Belgrade. Petkovic was with Red Star Belgrade from 2013 to 2017, making 98 appearances and having four goals. Later, on July 1, 2017, Petkovic signed a contract with the Russian Premier League champion FC Spartak Moscow. 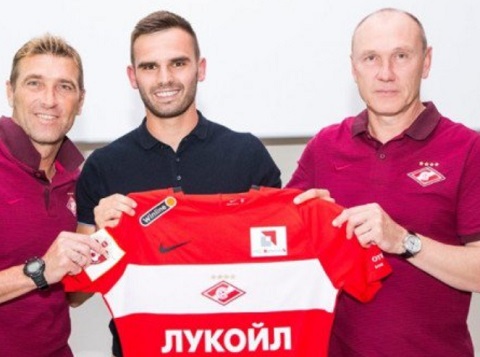 After making 12 appearances, he was released from his Spartak contract on January 8, 2019. In the 2019-20 season, Petkovic appeared in 7 games for the Tondela team. For the next season, Petkovic received a chance to play for TSC Backa Topola. Being with them from 2020 to 2022, the right back played in 36 games. Also, he scored four goals for the squad. 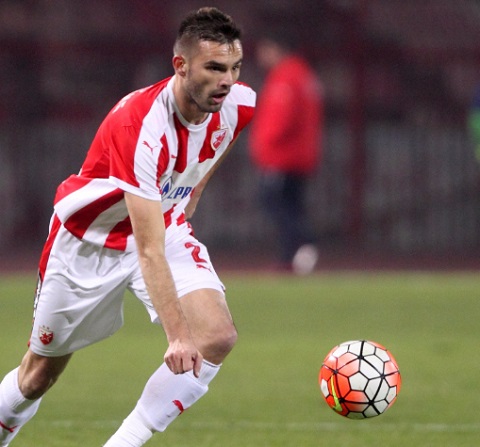 Marko Petkovic in one of his professional games SOURCE: Twitter @LigaBBVASerieA

On November 13, 2015, Petkovic made his debut for the senior squad in a friendly match against the Czech Republic. In his debut game, he came as a substitute in the 82 minutes of the match for Nenad Tomovic.

The Serbian footballer Marko Petkovic was born on September 3, 1992, in Sremska Mitrovica, Serbia, FR Yugoslavia. So, Petkovic holds Serbian nationality. At the moment, Petkovic has not revealed information about his parents and family background.

Additionally, Petkovic keeps himself far from the media, and it can be said that he may be having a good time with his family members privately. His father and mother may have supported him since the beginning of his career, and now he is also doing pretty well in his football career.

Talking about his physical appearance, Petkovic is a tall guy, and his height measurement is 6 feet 1 inch (1.85 m).

Moving onwards, Marko Petkovic does not have much presence on social media, and we can't find his accounts on any social media platforms. Till now, Petkovic has not created an account on Instagram, Facebook, and Twitter.

There are many accounts under his name on these social platforms, but none of them are official.

For more intriguing facts about your favorite players stay tuned to playerswiki.com.