Mark Edward Fischbach, widely recognized as Markiplier, is an American YouTuber, gamer commentator, comedian, and actor. As of August 2020, his channel has over 26.4 million subscribers and more than 12.2 billion total video views. He specializes in Let's Play videos, generally of survival horror video games.

Originally from Honolulu, Hawaii Markiplier was born on June 28, 1989, under the star sign Cancer. By nationality, he is an American who belongs to the white ethnic background.

How Much is Mark Fischbach Net Worth?

Markiplier has an estimated net worth of $28 million as of 2020. He is one of the highest-earning Youtube personalities among Felix Kjellberg and Daniel Middleton. Reportedly, he makes between $10 and $18 million from his various social media endeavors. 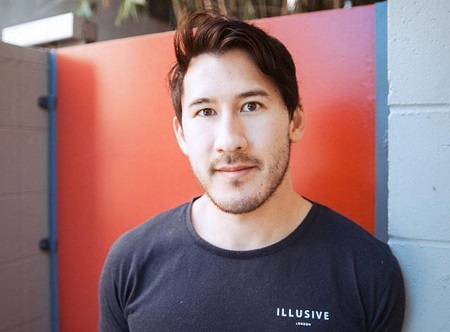 Besides, as a philanthropist, Markiplier helped raise over $900,000. Back in 2018, he and fellow-YouTuber Jackspticeye launched a high-end athleisure brand for gamers called Cloak.

Mark Fischbach's Girlfriend: Is He Dating?

Markiplier is in a relationship with his girlfriend, a graphic designer, illustrator, and animator. She is from Cincinnati and relocated to Los Angeles. The couple has been dating since 2015. 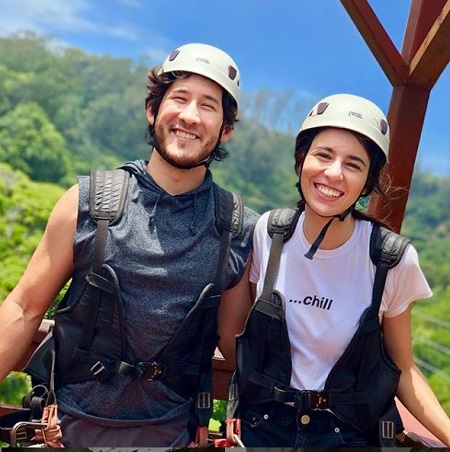 Active on Instagram with 8 million followers, Fischbach's account offers its visitor/followers beautiful pictures of his and his bae. Together the couple has visited many exotic holiday destinations around the world.

Mark's father served in the military, where he met his mother of Korean origin. His family moved to Cincinnati, Ohio. His older brother is Jason Thomas Fischbach who is an author, writer, and artist

Originally, Fischbach studied enrolled at the University of Cincinnati majoring in a medical engineer but dropped out to pursue his YouTube career. Before his YouTube fame, he intially aspired to become a voice actor.

On March 6, 2012, Fischbach first joined YouTube. On April 4, 2012, he uploaded his first video, however, which is no longer on his channel. His original intent for the channel was sketch comedy. Hist debut series was a playthrough of the video game Amnesia: The Dark Descent. After that, he played game series such as Penumbra and Dead Space, Later, YouTube banned his AdSense account and he launched a new channel on 26th May 2012, MarkiplierGAME.

In 2014, his YouTube channel was listed 61st on NewMediaRockstars Top 100 Channels. The following year, he was rated sixth in a list of the twenty most influential celebrities among teenagers in the United States.

Besides YouTube, he joined the board of comic book publisher Red Giant Entertainment in November 2014. In 2018, he signed with William Morris Endeavor, has expressed interest in branching out from YouTube content. In 2018, Markiplier launched a new fashion brand, Cloak, collaborating with Jacksepticeye.