Mark Allen Emmert well recognized as Mark Emmert is the president of the National Collegiate Athlete Association (NCAA). The fifth CEO of the NCAA, Emmert became the incoming president on 27th April 2020 and assumed his duties on 1st November 2010.

Fife, Washington native, Mark Allen Emmert was born on 16th December 1952, under the star sign Sagittarius. The academic administrator holds an American nationality who came from a white ethnic background.

As of 2022, the estimated net worth of Mark A Emmert is $5 million. Reportedly, he holds over 5,000 units of Expeditors International of Washington stock worth over $1,200,077. Over the past 12 years, he sold EXPD stock worth over $2,078,278. Additionally, he earns $309,986 for his role, an Independent Director at Expeditors International of Washington.

According to the source, Emmert made $3.9 million in total compensation during the 2017 calendar year. His pay rose from $2.4 million the earlier year to $3.9 million due to a $1.4 million deferred payment that was written into his contract. 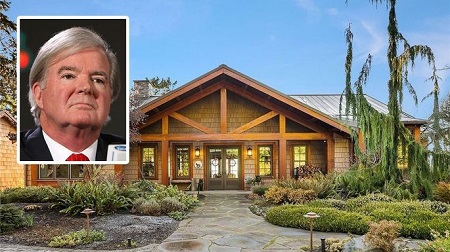 About his real estate portfolio: in January 2019, he listed his Clinton, WA, for $2.6 million. Built-in 2010 on 15 acres, the 3,243-square-foot house has four bedrooms. The landscaped grounds include views of the mountains and water and feature two fire pits, a bocce court, pond, and waterfall.

NCAA president, Mark Emmert is married to his wife Delaine Emmert for more than four decades now. They tied the knot on 24th June 1977, in an intimate wedding ceremony. The couple shares two children: Jennifer and Stephen. Their son and daughter are now all grown up and made them proud grandparent of three. 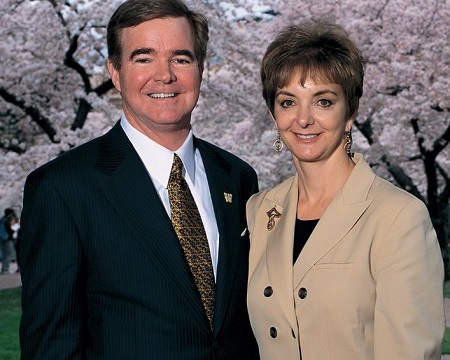 A matter of fact, Mark has always lived his personal life blissful and private. To date, there is no news and rumors popped out in the media site regarding extra-marital affairs and divorce.

Emmert said his parents instilled in him the value of education at a very deep level. For high school, he attended Fide High School and graduated in 1971. Subsequently, he enrolled at Green River Community College in Auburn, Washington prior to being transferred to the University of Washington in spring 1973.

After two years, he earned his Bachelor of Arts. In 1976, he pursued his Master's degree in Public Administration and a Ph.D. in 1983 from the Maxwell School of Citizenship and Public Affairs of Syracuse University.