Mark Davis is a well-known American businessman and sports franchise owner. He has been working as the owner and managing general partner of the Las Vegas Raiders of the National Football League. Also, Davis is the owner of Las Vegas Aces, of the Women's National Basketball Association.

Mark Davis was born in 1955 in Brooklyn, New York. He is the son of Al Davis and his wife, Carol Davis. He is yet to share a word about his birth date and his early life. Davis graduated from California State University, Chico. Mark holds American nationality. 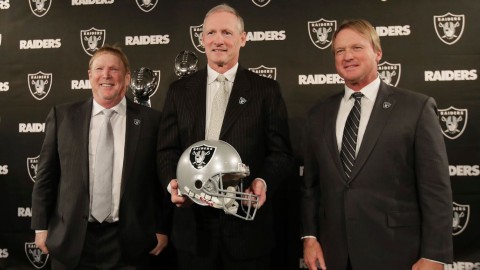 CAPTION: Mark along with his franchise head coach at an event SOURCE: ESPN

Mark and his mother, Carol, are the majority stakeholder of the Raiders. In early 2021, Mark and the former Las Vegas Aces owner agreed to sell the franchise. However, Not a single word about the prize and the contract is shared with the media. Davis donated $10,000 to the Gridiron PAC between 2016 and 2017. Robert Kraft is another famous American business tycoon and owner of the New England Patriots in the NFL.

In August 2020, Davis purchased a vacant 6.3-acre custom home lot in the Ascaya community for $6 million. After buying and then selling a smaller lot in The Summit Club, he closed the deal, a luxury golf course community in Summerlin.

Mark started his career working in the retail part of the Raiders' business, where he helped develop the organization's Raider Image stores. He worked with the team in the Raiders equipment department, wherein in 1986, he developed the muff-style hand warmers for football. After having some ups and downs with his father, His father moved him out of the hose.

After taking charge of the club, Davis started his role-taking in constructing a new stadium for the Raiders. On March 27, 2017, the National Football League officially approved the Raider's move from Oakland to Las Vegas.  Davis has focused on the business aspects of the team while leaving football matters in the hands of the team's general manager. 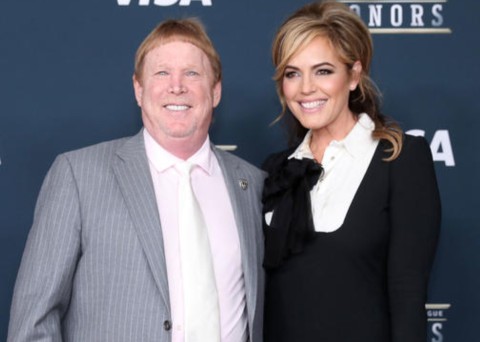 CAPTION: Davis attends an event along with his wife SOURCE: Getty Images

Some online sources claim Mark and his wife do not have children, but the couple is yet to share a word. Its been more than two decades of their marriage, and there have been no rumors of the couple having ups and downs in their married life.