Mario Gavranovic is a Swiss professional footballer signed to Super Lig club Kayserispor as a forward. A full international since 2011, he has earned thirty-nine caps to date for the Swiss National team and has represented the Swiss youth level team at various age levels.

Lugano, Switzerland native Mario Gavranovic was born on 24 November 1989. He holds Swiss nationality. He can speak more than five different languages, including English, Croatian, Italian, French, and German. Gavranovic stands 5 feet 9 inches tall and weighs over 73Kg as of 2022.

How Much Rich is Mario Gavranovic in 2022? (Salary and Net Worth)

Gavranovic started his professional football in 2006, playing for different pro-top clubs. He spent sixteen years playing for professional clubs through which he might have collected a reasonable sum of net worth. He played from 2018-to 2021 for the Dinamo Zagreb and later moved to Kayserispor in 2021.

Playing for Kayserispor, the Swiss forward earns well through his club but has not hinted about the exact amount. He also makes decent by playing for the Swiss national team. His current trending market value is €1.60 million, last updated on 31 March 2022. 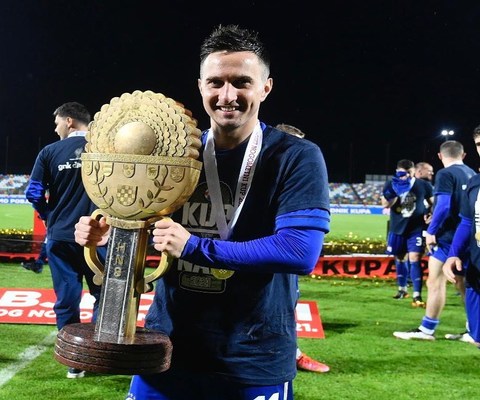 As of 2022, Kayseripor's forward earns well through Adidas endorsements where he promoted their products and has added to his net worth of $500,000. Scrolling his Instagram feeds, Gavranovic lives a luxurious life with his family, and he is set to earn millions in the coming years.

Yes, Gavranovic is married to his beautiful longtime girlfriend named Anita, a Bosnian Croat from Derventa. As scrolling down his Instagram, Gavranovic and Anita got married back years ago in the presence of their loved ones.

Talking about Chunga's wife, Anita, there is not much information regarding her details. She also has an Instagram where she has mentioned Gavtanovic a couple of times with their beautiful daughter named Leonie, which they had in May 2019. 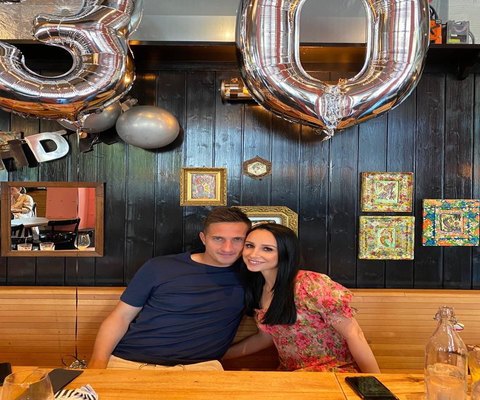 Married years back, this beautiful love bird is blessed with a beautiful girl named Leonie. Gavranovic posted about her girl on his Instagram, where 34.7K followers follow him.

Also, know about Jordin Canada's Net Worth and Career Highlights.

Gavranovic started his professional career back in 2006 with Lugano and has played for more than eight professional clubs. He is known for his time in Zurich, where he had 90 appearances for the team scoring 26 goals. 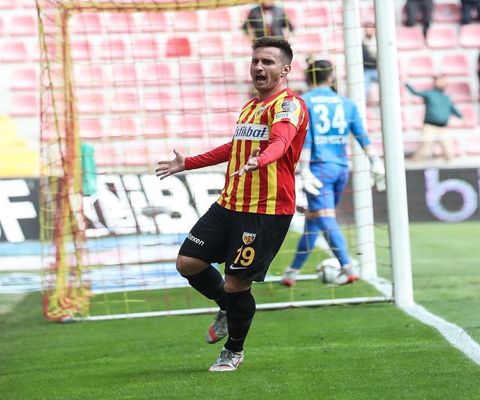 The Kayserispor forward has represented Swiss youth level teams at various tournaments, and he made his senior debut in a Euro 2012 qualifier against Bulgaria on 26 March 2011. He was listed in the squad for the Brazil World Cup and did not play that much due to a knee injury. He also got listed in the 2018 FIFA World Cup senior squad.