Mariana Larroquette is a talented Argentine professional football player who plays as a forward for the Argentina National Women's Football team. She also plays in the same position for Kansas City in the National Women's Soccer League (NWSL).

Hailing from the suburbs of Ituzaingó Buenos Aires, Argentina, Mariana was born in 1992. The 28-year-old footballer celebrates her birthday on the 24th of October every year. Her birth name is Mariana Valeria Larroquette.

Her zodiac sign is Scorpio. The 5 feet 6 inches footballer has not revealed much about her family life. So, the details of her parents and siblings remain in the darkness.

Mariana Larroquette was interested in football since her childhood after seeing the likes of Diego Maradona and others shine on the football field. She began training and learning. She made her club debut in 2009 playing for River Plate Femenino.

In the first two seasons with the club, she lifted the Clausura 2009 and Clausura 2010 championships. She stayed with the club for almost 6 years and left in 2015. After her departure, she joined Universidad de Chile for the 2016-17 season.

The team went on to become the champion of the 2016 Apertura tournament in the Primera División de Chile. When her contract ended, she joined the Argentine club, UAI Urquiza, in 2017. With the club, she spent three seasons and accomplished many things.

For instance, she scored 8 hat-tricks during her time with the club. She also was the top-scorer of the local tournament, scoring 45 goals in her first season, leading the club to lift the title. Her great performance also led the club to be qualified for 2018 as well as the 2019 Copa Libertadores Femenina.

In short, she achieved a great feat by the time she left the club in 2020. She made only 53 appearances for the club but scored a total of 82 goals. After leaving the club, she was signed by Lyn Fotball Damer. However, her time with the club was limited as she left soon.

Afterward, she was signed by Kansas City in the National Women's Soccer League (NWSL). Since then, she has been associated with the club, making 7 appearances and scoring 1 goal.

As time flew by, she became part of a few other age-level national teams. She once again played for the U-20 team in the 2012 FIFA U-20 Women's World Cup. In 2014, she helped the Argentina National Women's team in winning a gold medal at the 2014 Santiago South American Games. 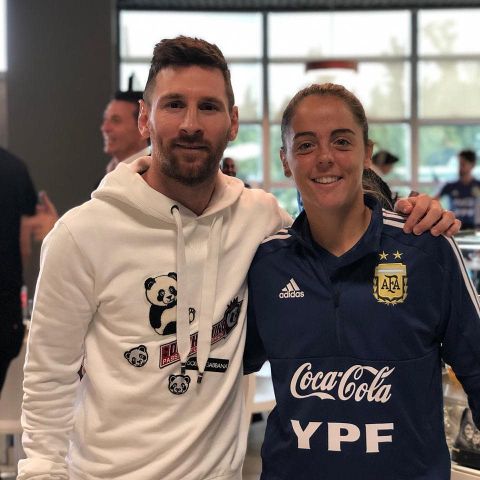 In 2019, in the Pan American Games, Mariana led her team to win a silver medal. She was also the top scorer in the tournament, scoring 5 goals. Since then, she has continuously represented her national team with pride and confidence.

Mariana Larroquette has been relishing a healthy lifestyle thanks to her illustrious football career. Not only she has impressed football fans, but she also has been garnering a healthy sum from her club and national team.

However, the figures of her earnings are not disclosed. The same goes for her market value. Although the earning figures are not known, one thing is surely known that the Argentine footballer has also been earning a healthy sum from her sponsorship deal with Adidas Football, Swatch Argentina, and other brands. 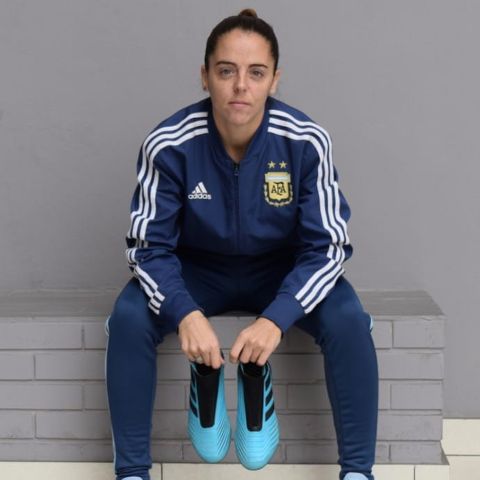 With such healthy earnings, comes a healthy net worth too, right? So, how much is her net worth? Well, it is reported that Mariana Larroquette has a net worth of around $3 million - $4 million, considering she has a professional contract with the Argentine Football Association (AFA) and Kansas City.

Mariana is quite private when it comes to her personal life. She mainly likes to keep the details about her romantic relationship up to herself only. Her social media pictures also don't give any hint on her dating status.

The  28-year-old footballer has only shared pictures from her vacations, training, matches, and other occasions. She hasn't shared a picture alongside a handsome hunk for quite a while. 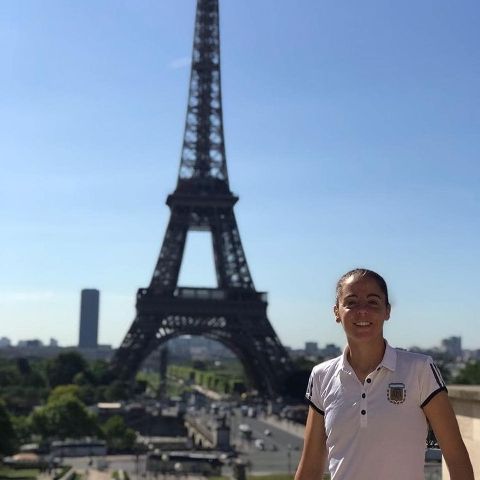 In addition, there is not much information available on her past relationship, too. As a result, it can only be said that Mariana is possibly single and isn't dating anyone as of this writing.