Marcus Godinho is a professional football player from Canada and currently plays in Major League Soccer. He plays in the right-back position for Vancouver Whitecaps FC and has been playing for them since 2021. He wears jersey number 2 for his club.

Vancouver's right back Marcus has been playing for the national team of Canada since 2018. He made his debut in 2018 against New Zealand. Till now, he has made 5 appearances without any goals. He was also in the national team squad of Canada for the CONCACAF Gold Cup in 2019.

Who is Marcus? Who are his parents?

He was born to his mother Ana Godinho and his father Manny Godinho. His parents were of Portuguese origin who later moved to Canada.

As a kid, he used to play both soccer and hockey before getting involved in soccer full time. At just 5 years of age, he joined North York Azzuri. 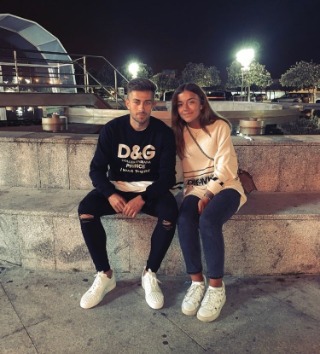 He has a sister named Lauren Godinho. He frequently shares her photos on different occasions. The Godinho siblings are pretty close and are often seen together.

Marcus's Net worth and Luxuries

Marcus Godinho's net worth is estimated to be $400,000 approximately. He mostly earns his amount by playing football.

Salary of Godinho with MLS

As per reports from the blue statement, Marcus earns $81,375 per year from the club.

The same source claims that the highest-earning MLS player is their forward Carlos Vela, who earns about $6.3 million per year.

According to transfermarkt, his market value is 193 thousand pounds.

Read: Contract and Salary of Alexis with AC Milan

Is Marcus Godinho dating anyone?

Canadian defender Godinho is one of the top-rising players from Canada. But, his love life and dating life are still very much unknown to the public. 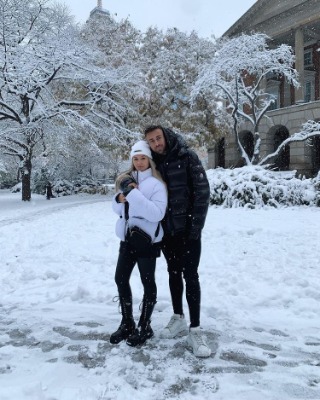 There is not much information regarding the love life and relationship status of Marcus G. He has never shared a picture with any girls except family and relatives.

So, it is very hard to predict whether he is currently dating anyone or not.

M Godinho is an active Instagram user who has a fan following of more than 4,000 followers.

His Instagram username is @marcusgodi and filled with photos of his games and training including time with friends and family.