Marcus Forss is a rising Finnish professional football player who plays for the Finland National Football team and the Premier League club Brentford. His ideal playing position is Forward. Previously, he was playing for AFC Wimbledon as a loanee.

Hailing from the suburbs of Turku, Finland, Marcus Forss was born in 1999. He celebrates his birthday on the 18th of June every year, making him 21 years old. His zodiac sign is Gemini.

Marcus comes from a family with a history in football. His grandfather, Rainer Forss, used to play for Finland National team. His father, Tero Forss, is a former footballer turned coach. Likewise, his mother, Maria Forss, also used to play football.

Apart from his parents, he also has a brother named Niclas Forss. His brother is also a footballer who plays as a mid-fielder for Bollklubben-46, a Finnish third-tier side.

As Marcus was raised in a family with a long history in football, he was quickly influenced. Initially, he played youth football in Finland for FC Ruskon Pallo, Turun Weikot, and the FDS-Suomi football school. Then, when he was 13 years old, he moved to England and joined the youth academy of West Bromwich Albion.

His progress landed him a 2-year scholarship in 2015. However, when the scholarship period ended in 2017, he was released from the academy. Afterward, he joined the academy of Brentford F.C. and spent two years with the club's B team. His performance during that period was excellent, and thus, he was promoted to the first team.

However, he went on to miss the first five months due to a back injury. After recovering, he went on to play 9 games and score 2 goals before the 2018-19 season ended. In the next season, he was sent on loan to AFC Wimbledon till the end of the season.

He appeared in 19 matches and scored 11 goals, including a brilliant hat-trick against Southend United. His good performance led him to win the club's Young Player of the Year award. However, his time with the club was limited due to a torn hamstring, for which he had to undergo surgery. Upon his recovery, his loan period with AFC Wimbledon was already ended.

He returned to Brentford F.C. and signed a long-term contract that ends in 2026. He also became a regular for the club and has contributed several times. In the 2020-21 season, he made 50 appearances and scored 10 goals.

In his long career, Marcus has represented his nation, Finland, at different age levels, including U-17, U-18, U-19, and U-21 levels. Besides, he was even the captain of the U-19 team. In the above-mentioned national age-level teams, he has played in 20 games and has scored 11 goals.

His skills and performance led the national camp selector to call him to the senior team in November 2020. He made his senior team debut against France in a friendly game. Later on, he was selected for Finland's Euro 2020 squad. 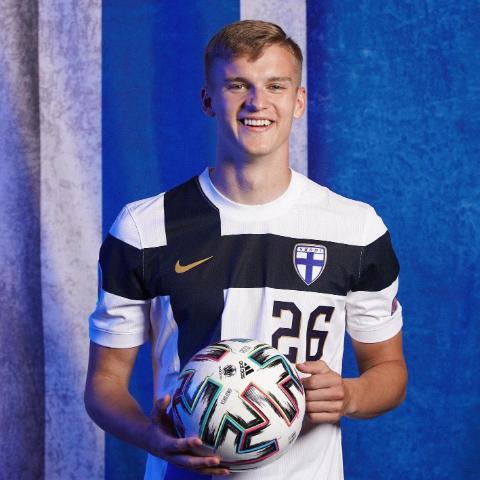 In Finland's first match of Euro 2020, which happened on June 12, 2021, they faced Denmark. The match ended with Finland winning 1-0. Marcus Forss entered the match in the 84th minute of the game, substituting the goal-scorer Joel Pohjanpalo.

Marcus Forss Salary and Net Worth

Likewise, he also earns well from his sponsorship deal with Adidas. His good earnings have led him to have a great lifestyle. In his Instagram handle, he can be seen riding some stunning cars and donning clothes of some expensive brands like Gucci. 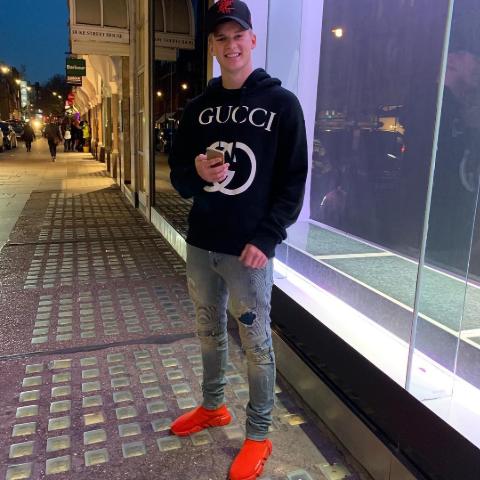 As a person who earns a healthy sum, it's also quite evident that he might have invested it in real estate or have bought some lovely houses. Although there are chances of Marcus doing so, the news about that topic is yet to be disclosed in public.

Lastly, all of the earnings and money from the sponsorship deals might have boosted his net worth. So, how much is Marcus Forss's net worth? It is believed that the Finnish footballer has an estimated net worth of $1 million - $2 million.

Marcus Forss is currently in a blissful relationship with his beautiful girlfriend named Ellinoora Myotyri. The two have been dating each other for a while now. Ellinoora is a Finnish who is living in London and working as a community manager and model.

The two began dating on April 8, 2019, and have been together since then. Marcus's girlfriend is quite active on Instagram and Twitter, and occasionally shares pictures alongside her footballer boyfriend. She is also seen supporting her man during his matches. 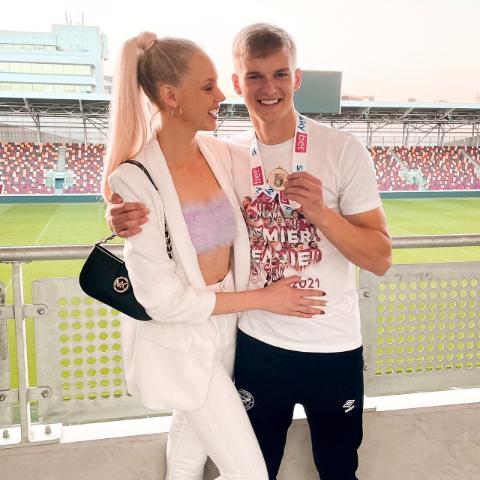 But, the same cannot be said for Marcus. The footballer hasn't shared any pictures alongside his beau on social media and prefers to keep his relationship details away from the eyes of the media and public. One of the few times he spoke about her was on November 15, 2019, while being interviewed by BBC Sports.

During the interview, Marcus was asked how he felt after scoring his first career hat-trick. Replying to that, he mentioned that it was an unbelievable feeling. He continued his statement as he stated that his mother and his girlfriend were there to pick him up from the training ground after the match ended.