Jere Juhani Uronen, known as Jere Uronen was born on 13 July 1994 in Turku, Finland with the star sign Cancer. The Brest full-back represents himself wearing jersey number 20. As of 2022, Uronen is 27 years old. He made his international debut for Finland in May 2012.

Belgian 2019 Super Cup champion played his early days for TPS. He made his professional debut on 12 June 2011 when he was 16. The same season, he then was loaned to ALFK where he appeared in just 3 three games. Everything in his career was not going in the direction he wanted.

Thus, the Finland international decided to leave the club and moved to Helsinborg in the early days of the 2012 season. 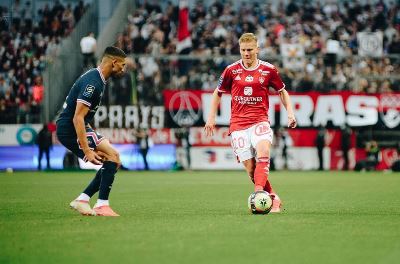 Uronen's first game for the club was against Dynamo on 1 February 2012. In his four-year tenure at Helsingborgs IF, he made a total appearance of 71 games. The Turku-born full-back signed the major long contract of five years with Genk in the early days of the 2016 season.

Uronen made his Genk debut on 13 March 2016. He appeared in many (125) games compared to his previous appearance with his former club. After finishing his contract, he joined the Ligue 1 club Brestois on 20 July 2021 where he has played seven games to date.

Jere Juhani Uronen has also represented his country internationally in various tournaments and qualifiers. His very first called up was for Finland U-15 in 2009. After the significantly represents Finland at different ages. Till now, the Finland full-back has appeared in100 games in general.

The Finnish soccer athelete Uronen has been in this football line for about a decade. Most of the income and revenue he adds to his net worth are from football. As per sources, his approximate net worth is around $5 Million.

When he joined Brest FC in 2021, he accumulated a whopping salary of €710,000 Euros a year. He is the third highest-paid player of Brestosis FC.

Jere Uronen signed Brest on Jan 2021 and his contract with the club expires on 30 June 2024. According to Transfermarkt, Uronen has a market value of €2.5 Million Euros at the moment.

What's his marital status? Who is Uronen wife?

Jere Juhani Uronen is a happily married person. The Brestois full-back is the husband of his beloved wife Minttu Uronen. They dated for quite a time before walking into the wedding aisle. The love bird shares their photos on various media. 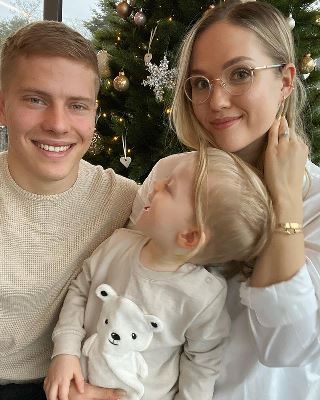 Mr. and Mrs. Uronen got married in 2017 and numerous top players and celebrities were also there in attendance. The Uronen family is blessed with a baby boy. The couple is living a comfortable and cheerful life together.