Marcus Danielson was born Marcus Andreas Danielson on April 8, 1989, in Eskilstuna, Sweden. Danielson holds Swedish nationality and is of white descent. Information about his parents and his early life is under the radar. Marcus stands six feet and four inches tall and weighs 80 kg.

In 2009, Marcus signed with the Swedish football club Vasteras SK. He played with the team for two seasons and appeared in sixty-seven games. In February 2012, Danielson transferred to the newly-promoted top-tier club GIF Sundsvall to start the 2012 Allsvenskan. The Swedish player played in the league for the team until 2017. He appeared in 151 games and scored ten goals for the team. In February 2018, Marcus signed with Djurgardens IF and was selected as the league's Most Valuable Player when Djurgården won the 2019 Allsvenskan.

In February 2020, Danielson signed in the Chinese Super League with the Dalian professional football club for more than $5.8 Million. He became Djurgarden's most expensive outbound transfer ever. Since then, Marcus has appeared in sixteen games scoring three goals.

Marcus is very much private about his relationship status and his girlfriend. As per sources, Danielson is involved in a romantic relationship with his longtime girlfriend, Klara Maria Bjorkman. Following their social media posts, It seems like they have been together since 2012. Nothing much about their first meeting experience is shared with the public. 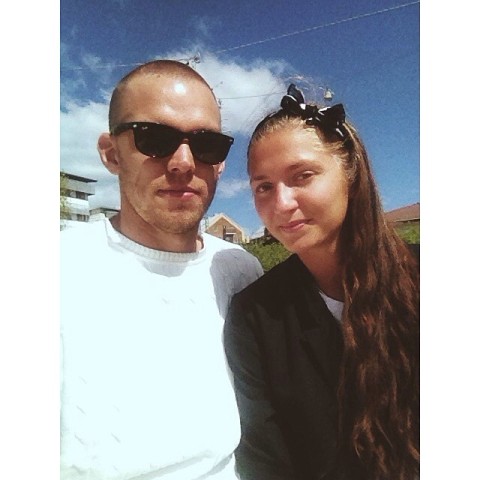 Marcus along with his girlfriend, Klara, at a vacation SOURCE: [email protected]

Marcus is yet to get engaged or married to his girlfriend. The duo keeps visiting a famous holiday destination in Europe.

How Rich is Marcus Danielson? Know About His Contract and Net Worth