Marcelo Brozovic is a Croatian footballer, currently plays for the Italian Club Inter Milan and is the starting midfielder for the team. He is a versatile midfielder, who shows great skill in the field and can cover both offensive and defensive line for the team. He is part of the national team of Croatia and has represented his country in the past FIFA World Cup held in 2014.

Marcelo Was born in Zagreb, Croatia on November 16, 1992, to parents Sanja Brozovic and Ivan Brozovic. He has two siblings; sister, Ema Brozovic, and a brother, Patrick Brozovic. He graduated from the neighboring Hrvatski Dragovoljac's youth set-up and made his debut on 24 July 2010.

Marcelo started with Dragovoljac on 2010 but in July 2011 he signed with Lokomotiva and with his one year career for the club, he appeared in 27 league matches. After the retirement from the  Lokomotiva, Brozovic signed a seven-year contract with Dinamo Zagreb in August 2012.

He first wore Marcelo's iconic jersey number 77, in his career with Dinamo Zagreb. He made his first competitive debut with the club on 14 September 2012 in a 0-0 draw against NK Osijek at home appearing as a second-half substitute.

Marcelo in his first season with the club made 23 league appearances and 30 appearances overall in the competition. Dinamo won the league title during that season, reached the second round of the 2012-2013 Croatian Football Cup and was eliminated from the group stage of the Champions League.

With the conditional obligation to buy, Marcelo signed a contract with Inter Milan on January 24, 2015, with a one and a half year loan deal. Marcelo took his preferred jersey number of 77 to Inter Milan as well. February 1, 2015, was the official debut of Marcelo with Inter Milan. On his first season with Inter, Marcelo made 15 league appearances with 13 of them being in a starter position.

In the 2016-2017 season, Marcelo was substituted in the game against Hapoel Be'er Sheva, held on 15 September 2016. Marcelo refused to take the substitution and stay on the bench which created controversy at Inter. His behavior towards the decision made by the coach was not taken well by Frank de Boer, then coach of Inter Milan. Boer would not put Marcelo in the roster for the upcoming match against Juventus.

He was called back on 20th October for the league match against Cagliari but would remain as an unused substitute. He would only get back on the field four days later for the UEFA Europa League group stage, which was against Southampton. He was sent off in the 77th minute after he received a second yellow card. 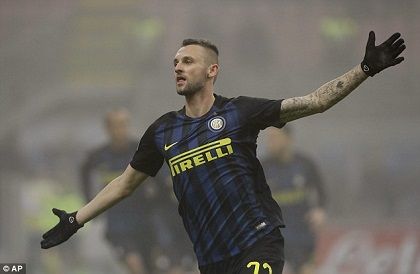 Even though his stay at the club extended, it has not stopped him grabbing the attention of some of the top football clubs from Europe the likes of which include Chelsea and Arsenal.

Marcelo has been representing his country in the national team for a long time. He has represented Croatia for categories of under-18, under-19, under-20, and under-21. His most impressive one out of them all was in the under-21 category where he scored seven goals in the eight appearances that he made.

Marcelo was also picked for the roster of 2014 FIFA World Cup. He was not a starter for the team but he would debut his World Cup game in a 1-3 loss against Brazil. Marcelo was not able to show any further of his ability in the world cup. 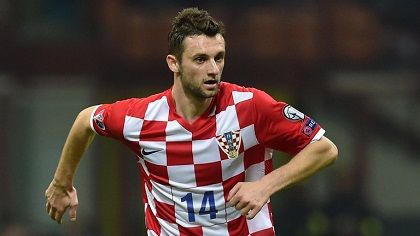 Marcelo was later picked as a starter for 2016 Euro qualifiers, where he played alongside Luka Modric and Ivan Rakitic. Marcelo is selected for the World Cup qualifiers held in 2016 and is part of Croatia's primary 32 man squad for the 2018 World Cup that is going to be held in Russia.

Playing for one of the renowned football club Inter Milan, Marcelo has been earning huge amount every passing year. His weekly salary for the year 2018 in Inter is €75,000 which puts him in the making of above €3 million yearly. An actual number has not been disclosed for his net worth. But, seeing his weekly earning, his net worth is estimated to be no less than in seven-digit figure.

Marcelo leads a very private life and things about his personal life, have been keeping secret from the tabloids. However, it is a well-known fact that this 25 years old footballer is married to Silvija Lihtar. The couple has a daughter together named, Aurora Brozovic. 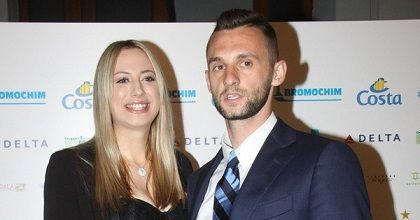 Recently, rumors of Marcelo having an affair with his fellow Inter Milan Mauro Icardi's wife Wanda Nara has been making the news. However, both Wanda and Marcelo have denied of the rumor with Marcelo even vowing to take legal action against the publications that spread the rumor.